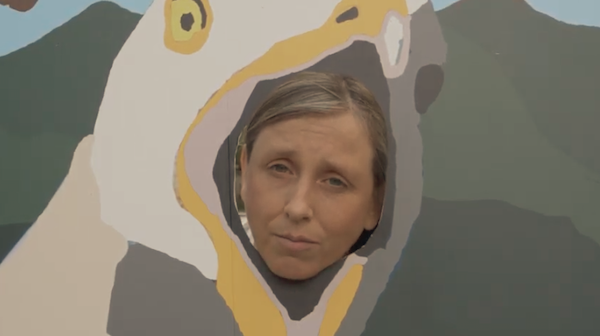 Singer-songwriter Larissa Tandy recently released her latest single “No Fun” as a love letter to Vancouver, her current hometown. Ironically enough, it is said that this city in British Columbia is known as the ‘no fun city.’

According to Tandy, she has fallen in love with the city after visiting for a few weeks vacation back in 2007.

“I made some friends, had some fun, fell in love with someone, and stayed.” This was always a place that Tandy wanted to come back to, even after leaving to pursue her career. “Ten years later, after a long stint of living and working in Nashville, I was a week away from heading ‘home’ to Vancouver. I was lying in bed, phone in hand, and I guess I was trying to reconnect with my life in Vancouver.” Ten years is a long time, especially when it comes to changes. There were definitely changes that Tandy had to face when returning to Vancouver. Tandy continued, “But everyone seemed to be leaving town. The few good friends I’d made here were either headed to Toronto for the sake of their careers, or moving to BC’s Sunshine Coast where they could still afford to buy a house and start the next phase of their lives as parents. It made me nervous. I had committed myself to a life here – could I still make it work? Could I afford it? I guess I wrote ‘No Fun’ while trying to process all that, and maybe talk myself off the ledge. And I’m glad I did.”

“No Fun” is Tandy’s third single to be released this summer, with “Drive” released on July 23 and “Sirens” released on May 21. All tracks are available for purchase and/or streaming online. Be sure to give them some love!

Check out the video for “No Fun” below, and find out more about Larissa via our Five Questions With segment.

I guess I’m an Americana/roots artist now. My writing gets described as “muscular” and “poetic”, which sounds nice, but I’m just trying to write things that feel right to me and reflect my own taste. I like rich narratives, inventive phrasing. I like voices that come from people who aren’t naturally gifted singers but have been shaped over time by constantly striving to articulate something, which is probably how I see myself. I write a lot for other artists, which I like doing because it forces you to step out of your own natural style. Some people say that diminishes their sense of who they are in their own writing, but I find the opposite is true. It’s given me a stronger sense of my own point of view.

Writing and sharing a new song every week. Producing a bit. Co-writing over zoom. Becoming a better bass player. Trying to think of the worst song ideas and see if I can make good songs out of ’em.

Probably ‘Sirens’ which I released earlier this year.

One of the best parts of immigrating to Canada has been discovering things that never really broke out in Australia but were huge here, so my mind is constantly being blown by “classic hits” on the radio. I worked with Brian Lye on three music videos this year, which pretty much happened because of how much I loved Frazey Ford’s Indian Ocean, and the video for ‘Done’. And all the people I’ve played with, toured with, written with, and made stuff with over the last few years here: Zach Kleisinger, Marin Patenaude, Micah Erenberg, Chelsea DE Johnson, Desiree Dawson, Leathan Milne, Lydia Hol, Jim Bryson, Catherine Hiltz, Mary Ancheta, Dylan Menzie, Okay Mann, Leaf Rapids, and Dana Wylie.