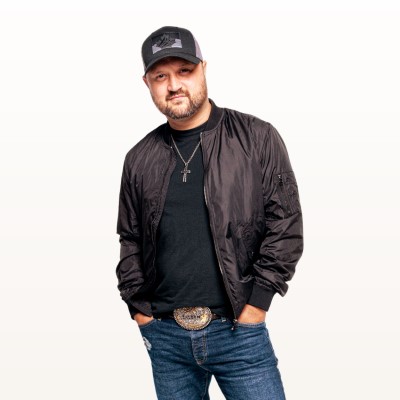 Alberta native and worldwide country music sensation Aaron Goodvin has unveiled the video for his newest single “Boy Like Me” which is Goodvin’s first new music release since 2019’s JUNO and CCMA Award-nominated album V.

Goodvin has been making waves as a singer-songwriter for years in Canadian country music while turning heads worldwide with a string of great singles including the gold-certified and #1 radio smash “You Are” and double-platinum hit in Canada “Lonely Drum,” as well as his two albums. I had the chance, through Canadian Beats to chat with Aaron Goodwin, via email, about this video.

Now, on to the interview. Check out our questions and his answers. You will enjoy what you read.

You’ve just premiered your heartwarming video for THE summer smash hit “Boy Like Me.” What a great concept. So sweet and I love the actors.

It was filmed in June in Nashville and directed by Sean Hagwell, who previously shot Michael Ray’s “Whiskey & Rain” video. What was it like to work with Sean Hagwell?

Sean Hagwell is a complete rock star. One of the most laid-back guys I’ve ever met and makes shooting videos so easy and so fun. He’s awesome.

How did this video come together, including the concept, where in Nashville was it shot, and what inspired you?

Sean had put together a treatment for the video that kinda incorporated this wedding, and I was the guy performing at the wedding, which I thought was such a great treatment for what this song is all about. It’s by far the cutest video I’ve ever done with the two kids in there. So, I’m really excited about it.

Can you tell us about what the song and video mean to you, or what you hope people take away from it?

I’ve laughed because I saw somebody post somewhere recently that there has been an increasing amount of proposals since this song came out, which I think is awesome! The song means so much to me because it’s so hard to write a song that encapsulates a ten-year period into a three-minute song. It’s just being able to wrap a whole relationship into a song that I think is pretty awesome. I hope more people get married because of it, I love that.

What can you tell us about the recording process behind the video?

It’s such a fun way to shoot videos, we just crank the music and sing along. That’s what’s so fun about making videos. It’s almost like you’re playing live because you just turn it up and have a good time!

Do you have any fun stories to tell us about in the making of “Boy Like Me”? and what was the most special highlight for you?

Probably the most special highlight for me and the coolest story is that the two youngest kids that play the boy and the girl, which take up most of the video, actually set up a playdate after they met and hung out! We may have created a relationship out of this whole thing which I just think is pretty cool and pretty amazing.

What is the biggest lesson you’ve learned about making a video during these crazy times?

The biggest lesson I learned about making a video during crazy times is just a reminder to have fun. The world has kinda gone to a place that I think no one has expected and we sometimes put a lot of pressure on ourselves to perform whenever we have the chance, but it’s important to remember to have fun.

And, last but not least, how many couples have connected with you to say that they’ve become engaged after they watched your video?

There have been a couple I’m not gonna lie! But that is what’s so cool about it, like I talked about earlier, that’s what I hope people take away. If you feel strongly about the one that you’re with, or the one you have met, and you guys just love hanging out together, that was kinda the all-tell-tale for me when I met Victoria. She was my best friend almost immediately and there was nothing we couldn’t talk about. We just have so much fun together. I hope we have more coming.

We, at Canadianbeats.ca, thank you Aaron much for taking the time for this interview. “Boys Like Me” is just awesome and we’re looking forward to seeing all the engagement announcements pop up on social media because of this video.