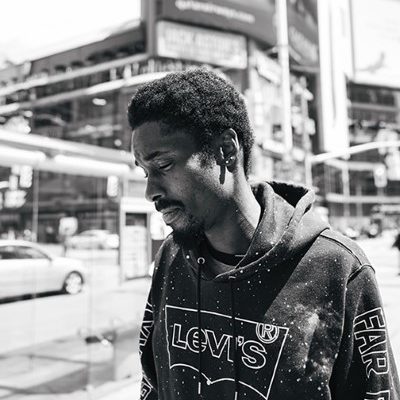 “Last year was definitely a year for reflection for a lot of people,” the Jamaican-born artist says, “and it gave me the ability to really put my thoughts and feelings into my lyrics.”

Featuring the new single “No Stressing,” his recently released 26-song LP, Until the End of Hurting Times, is the culmination of patience, character, and self-determination in putting out the most authentic sound possible. Filled to the brim with a range of hip hop bangers, to motivational and inspirational songs, previously released singles “Big Dreams” and “Low Key” were only a palette cleanser for the breadth of insight found within the melodies and lyrics of this immense musical effort.

To suggest this is just a hip-hop record may disservice the myriad of genre influences that season this record to perfection; piano themes, heavy guitar riffs, dark synths, and trap drums cascade effortlessly across love songs and club anthems just the same. Another indication of TPB’s persistence, apart from this album’s incredibly deep tracklist, is that he has another 24-song record ready to go.

Check out the video for “No Stressing” below, and find out more about Toronto Poor Boy via our mini-interview.

My name is TPB, Toronto Poor Boy. I grew up as a crown ward of the city, so the city literally raised me and its probably why I represent it so much. My music is as unique as my personality. I’m excited to release Until the End of Hurting Times and hope people get motivated and enjoy it.

Tell us about the recording process behind ” No Stressing”?

No Stressing talks about not having any stress or problems. It’s a feel good song about not getting involved in the drama but taking it easy and just doing your best in life. During covid life and lockdowns, I realized we all need to help each other. The world was turned upside down and instead of working against each other we need to support and build each other up. I took some time to become a better more motivational artist. I want to give people hope for a better day and better times. A lot of my lyrics talk about motivating the poor and being poor doesn’t mean you can’t achieve your goals. Necessity drives invention. Believe in yourself.

2020..a year none of us will ever forget! I would say my highlight was late 2020 and finally getting this album completed. When I was finally able to record again, it was the best feeling.  The fact I had more time to put my thoughts and feelings into my lyrics and pump out so many songs was a great highlight as well. It doesn’t stop with Until the End of Hurting Times. I have another 24 track album coming out in August and that will be followed by another project, Motivation for the Poor, with some of my most inspiring and meaningful tracks that haven’t been released yet.

Getting my music out there and having people be inspired and motivated by me is an achievement already. And my album being released with more releases on the way is all I could even ask for. I came from nothing so even to be talking with you today about my music being put out into the world is a huge achievement for me. Like everything else I do, I hope this here inspires someone else who may feel they aren’t able to do what they love to believe in themselves and it will work out.

For now I’m just focused on creating the best bodies of work that I can and getting my music out there.