Said The Whale share intimate new single “99 to the Moon” 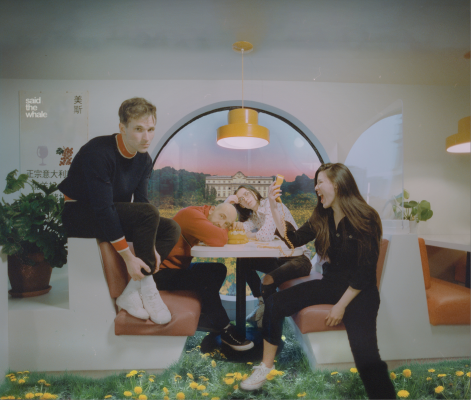 Following on the heels of successful singles “Honey Lungs,” “Everything She Touches is Gold to Me” and “Show Me Everything,” Vancouver indie act Said The Whale are now sharing “99 to the Moon” with listeners. The band has also announced that their seventh full-length album, Dandelion, will be released on October 22, 2021.

An intimate song about two people growing together over a long period of time, singer-songwriter Tyler Bancroft took inspiration from his own 11-year partnership – what goes into building a solid foundation and raising a family. A million tiny moments stack on top of each other like bricks.

The song title can either be interpreted as the year 1999, until forever or as the 99 B-Line (a bus that runs east-west in Vancouver) to wherever you are going.

Said The Whale have earned their place in the Canadian music pantheon. They’ve won a Juno Award, topped the alternative radio chart, and amassed a devoted base of fans who affectionately describe themselves as “SaidHeads” — all the while maintaining their resolute independent spirit. Now more than a decade into their career the Vancouver group is opening their most ambitious chapter yet.

Throughout 2020, lockdowns meant that the band members were at home, away from the relentless touring cycle that had defined most of their 14-year career. Singer-songwriters Tyler Bancroft and Ben Worcester, plus keyboardist Jaycelyn Brown and bassist Lincoln Hotchen, threw themselves fully into working on new material with producer Steve Bays (Hot Hot Heat) at his Tugboat Place Studio, resulting in the most towering, maximalist music of their careers.

Six albums into their career (with a seventh on the way), Said The Whale are now fully independent and refusing to bask in success. They’re swinging for the fences and holding nothing back in their relentless pursuit of pop-rock perfection.