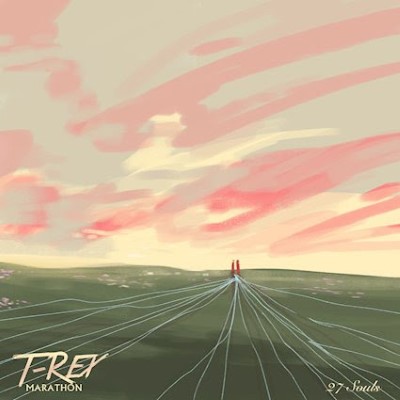 Ottawa, ON-based melodic post-hardcore rockers, T-Rex Marathon are back with their latest single, “27 Souls”, a vicious number inspired by a real-life event in Canada’s grim history.

During World War II, Canada declared Japanese citizens a threat to national security. On March 4, 1942, 22,000 Japanese Canadians were given 24 hours to pack up their stuff and forcibly be relocated to internment camps. Lead singer, Adam Sakauye’s grandmother was held in one of these camps.

Beginning with a few apprehensive and sinister guitar harmonics, “27 Souls” follows a fictionalized account of a fire in a small internment camp town. The song begins from the perspective of Adam’s grandmother, who lived in the town for four years and then shifts to Adam’s frame of mind after visiting the same town 80 years later.

The intensity of the track picks up with every chorus as we get more and more of the story.

The lyrics read like a close-knit grimoire of veracious poetic prose with lines like “Even after all the years have passed over town the roots still mingle among the dead, / And now I’m wading soft through the grasses, the tombstones waiting still for me.”

“When we hear about tragedies, we often focus on the numerical impacts: How many people died, how many were displaced, etc. It’s hard to see those numbers as people,” lead singer Adam Sakauye says. “27 Souls is a fictionalized story in the context of a larger historical event, but I wanted people to remember that at the core of any tragedy, behind the numbers, are people with stories to tell.”

Check out “27 Souls” below, and stay up to date with T-Rex Marathon via their socials.