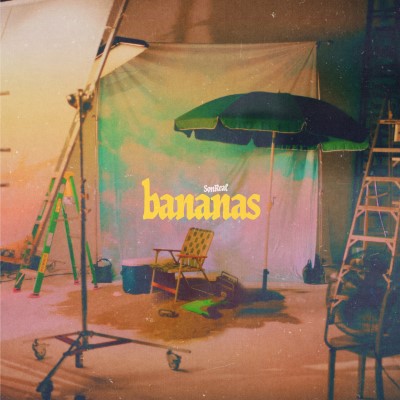 Following the success of the March 26 release of ‘bank on me’, singer, songwriter, rapper, and visual artist SonReal releases the second single, ‘bananas’ off his forthcoming EP due out later this summer.

With respect to ‘bananas’, SonReal shares

“All I remember with creating bananas was absolutely losing my mind in the studio. I did like five verses on that song just because the beat slapped so hard. It’s one of those records you want to perform live as soon as it’s recorded.”

SonReal also released a video to accompany the single.

“Known for creating videos that have gained notoriety and viral internet success, SonReal succeeds once again with the tongue-in-cheek visualizer for ‘bananas’ – addressing an important message and narcissistic truth we all face every day around the role of social media today in society.” According to SonReal, “We always love to address world topics in our videos in a comical and satirical way. It’s no secret that the value of social media validation has taken over the young world and we wanted to let everyone know that it’s okay to not take it too seriously. In the video I go back to the drawing board and try to become the world’s biggest influencer. Thirsty as ever for attention I run through every option possible to go viral. Unfortunately, none seem to go as planned and I am left once again questioning my viralness.”

Ultimately, ‘bananas’ is a track that reminds us to “chill out, work hard, and give thanks to the little things in life”. Check it out below.