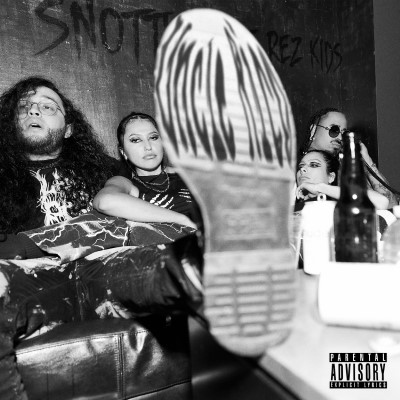 Vancouver hip-hop duo, Snotty Nose Rez Kids, celebrate all things summer with their extended family on “Uncle Rico”. This new track and video is a tease of their upcoming fourth full-length album.

“Uncle Rico” is described as a song that “explores ego through the metaphor of a family member that is so fine-tuned to their inner self, with an identity strengthened by the support of the community that surrounds them”.

According to Yung Trybex and Young D,

“Everybody has that uncle in the family that reminisces about the glory days, talks about himself in a big way and often boasts about what he used to be, coulda been or what he thinks he is, but the rest of the family don’t necessarily see it that way. We wanted to make some subtle references to Uncle Rico from ‘Napoleon Dynamite’ in the video because the movie is dope and he is that personification of what we’re talking about. The song is really about ego, and it’s that inner ego that everyone holds within them.”

“Filmed in North Vancouver, BC during one of the hottest days in west coast history, Snotty Nose Rez Kids celebrate who they are as they ride around the city and hang out at a pool party with friends.” That is some true dedication. “Our crew and extras went through hundreds of water bottles, freezies and things alike. It’s one of those shoot days you don’t forget, but the energy of Quinton and Darren and the whole group pushed everyone through,” Larose explains. “The look and feel of film is so tactile and raw and really lent itself to what we were trying to capture. You have to get it in 2-3 takes and move on. Luckily the guys are naturals.”

Snotty Nose Rez Kids, like many others, are eager to return to the stage this fall. Be sure to check them out as they embark on a “US tour, kicking off on October 25 in Boise, Idaho, to November 11 in Seattle, Washington, with Canadian dates to follow at Capitol Ballroom in Victoria, BC on November 12, and a special hometown show on December 30 at Commodore Ballroom in Vancouver.”