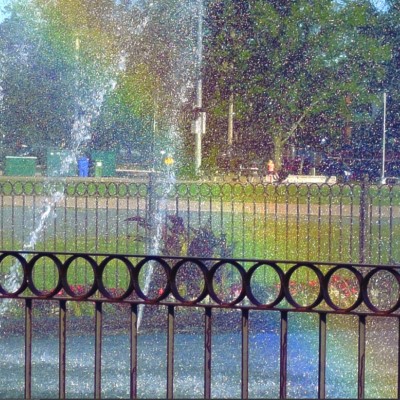 You may have encountered him in a more behind-the-scenes context, but you likely haven’t heard him quite like this. waants, the solo project of producer/songwriter Adam Warren, is a true showcase of the Halifax artist’s abilities. With Love U Forever, he offers a finely produced debut release.

The album opens with the slick beat, joyous shouts, vibrant synth, and funky guitar and bass that kick off and run throughout “Hopeless,” giving it a busy, highly energetic sound. In comparison, the subsequent “When Summer Comes” is more instrumentally sparse, being mostly built around its rhythm and smooth lead vocals that later become laden with effects (which are intermittent across the album), while supported in brief durations by steel drum and piano melody. Despite their differences, the tone of both these first tracks gives an indication of what else is to come. With very little exception, all of the songs here are unified by their expertly layered, upbeat composition. Even the lyrical list of anxieties in “Won’t Be Sad” is offset by its message of love and appreciation, and a touching recording from what I assume must be the singer’s own daughter. Other highlights include the gliding guest vocals of Keeper E. in “Back to the Beginning,” and a feature by Maritime dream-pop champs Sorrey in “Keep Careful (Feel Like Breaking Up),” which recently spent some time on CBC Music’s Top 20.

It’s all good vibes on this one. Approach listening with sunshine on your mind.