Home / Promos / Pusher releases video for “Back in Time”

Pusher releases video for “Back in Time” 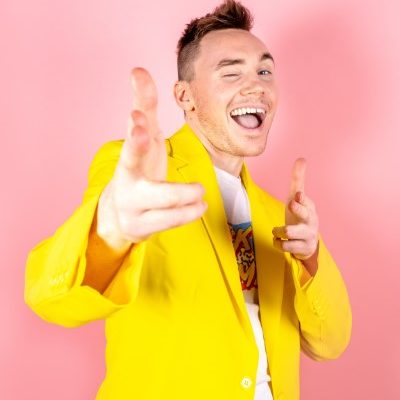 Toronto, ON-based artist/ producer, Pusher is combining his passions for hyper-pop, pop culture, and video games in his brand new video for “Back In Time”. The single is the fourth release off of his upcoming debut album Stay-At-Home Popstar.

On the new track Pusher shares,

“Back in Time is a song about nostalgia for a simpler time to escape the troubles of the present – selectively forgetting that no point in the past was as wonderfully pure as we sometimes want to imagine. The music video – created by Occupied VR (who also did the video for my last single Advertising) – has me playing over a dozen characters, and tells the story of a musician being summoned by the Time Council to go on a time travel quest to recruit the greatest band possible (or at least some musicians/movie references) in order to prove the value of musicians to the capitalistic robot overlords of the far-flung future.“

“Back in Time” follows the first three releases off of Pusher’s forthcoming album – the tech indulgent lead track “I Could Give It Up,” followed by millennial housing crisis anthem “I Can’t Believe It,” and most recently, the indie rock-leaning “Advertising“.

Check out the video below, where Pusher plays not only himself but over a dozen different characters as the time travel storyline progresses.