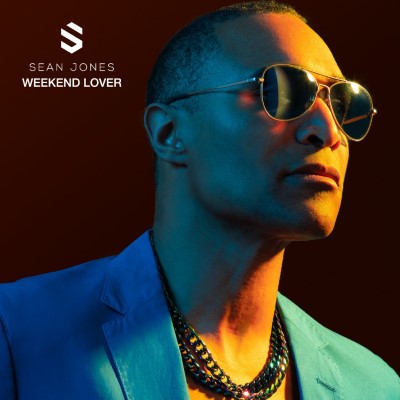 The single, which was produced by Murray Daigle (Keshia Chanté, Faber Drive, Cauterize) and written by Jones and writer Donny Anderson.

Over the past ten years, Sean has put together a catalogue of songs that have stretched in genre from soft rock to Motown Revival. This one is an upbeat multi-genre, retro vibe track that is the perfect playlist addition this summer.

“This song is a throwback roller skate jam that tells the story of an innocent rendezvous transforming into something more serious over the course of a weekend. What starts out as fun on Friday suddenly begins to feel a lot more serious by Sunday. Ain’t it funny how love can sneak up on ya when you’re not even looking for it”, said Sean.

In 2015, Sean became the first artist to secure a solo summer residency at the historic Casa Loma in downtown Toronto. The Monday night revue titled Soul in The City gave Jones and his nine-piece band, The Righteous Echo, the chance to showcase his original songs as well as their take on popular old school hits.

Soul In the City, through Jones’ hard work and tenacity, has grown to 1000+ people every Monday night. The night’s overwhelming success led to WestJet, Canada’s second-largest airline, handpicking Sean to create a musical experience for the passengers aboard their flights. For the project titled, The WestJet Boarding Sessions, Jones recorded new versions of classic Canadian hits such as These Eyes by The Guess Who, The Weight by The Band, and Angel by Sarah McLachlan and flew across Canada to interview some of these cherished musical icons.

What makes this song great for summer?

I think everything about this song makes it the perfect soundtrack for summer. The production is dope. Simple and straight to the point. This song just makes you want to move from the minute you hear the drums and baseline start. The harmonies are luscious. So full and beautiful. Just the acapella of this song could put a smile on your face. The 2 octave lead vocal is a nice touch and definitely creates an impact. And of course the lyrics. They tell a true story about an unexpected summer romance that so many of us can relate to. It’s just a vibe from start to finish.

What’s the inspiration for the title Weekend Lover?

Love is a funny thing. And sometimes you find it when you’re not even looking. These lyrics come from a real place. I’ve lived this story…as have many others. That initial attraction. The instant desire and craving to be close. The primal ecstasy of a night together…which then leads to another night together, and then all of the sudden it’s not just your body talking – it’s your heart as well. Sometimes what you think is just going to be a fun hookup turns into much more. It can be confusing. Especially when you don’t even know what love truly is. But that’s why I love writing about relationships – because they’re not linear. There are all these twists and turns. It’s a rollercoaster ride and you better hang on tight.

What was it like collaborating with Murray Daigle and Donny Anderson?

Murray and I have collaborated on several projects, but this album is hands down our best work together. He’s a consummate professional who not only knows all the technical aspects of production and songwriting but also understands how to get the best out of an artist. We have great chemistry and mutual respect for each other which is extremely important when you’re spending that much time with someone and basically trusting them with your dreams.

Donny is an amazing artist. He can sing his face off and write a song in the blink of an eye. He’s fearless when it comes to generating ideas. And the amount of ideas he comes up with…it’s truly amazing to just sit there and listen to his imagination run wild. But one of the most amazing things about Donny is how humble he is considering how undeniably talented he is. Truly a pleasure to work with.

What else can fans expect this year from you?

The album will drop in October and I’m super pumped about that. This album has taken almost 5 years to create. It’s a long time coming and I am extremely proud of each and every one of the songs on this record. I’m also going to be releasing multiple visuals for the singles. I’m so excited about the Weekend Lover video – it has a roller skating theme and we shot it at my old stomping ground Scooters Roller Palace in Mississauga. Spent many a night there with my friends from high school.

And lastly, I’m looking forward to getting back on stage and performing these songs for a live audience. The band is going to bring this new music to life in a way I’ve been dreaming about for the last year and a half. I can’t wait to share this side of Sean Jones. It’s long overdue.