Five Questions With It Cometh 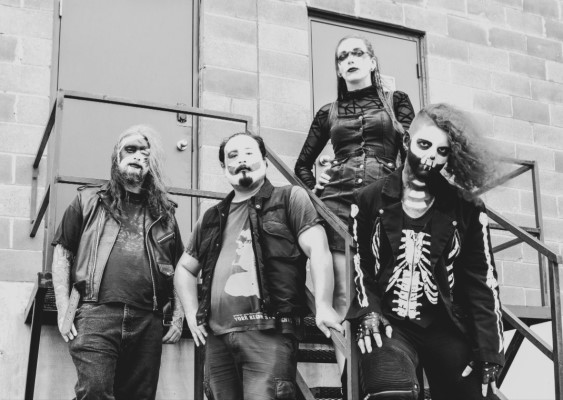 Newmarket, ON-based progressive/ heavy metal band, It Cometh has released their new single, “Krampus”, which will be featured on their upcoming full-length album, which is a follow-up to the 5-song EP, God Hotel that was released in April 2019.

The song “Krampus” was mixed/ produced by our guitarist, Klaus Tubanos, & Mastered by Noah Mintz @ Lacquer Channel in June 2021. The video was created and edited by bassist Martin Dorgan and singer Charlie Sackett, with artwork by Charlie as well.

The song was born in spite, from a request to write a metal Christmas song.

Krampus is the oft-forgotten, scary shadow name of the dark being of Krampusnacht, which predates Christianity. Unlike St. Nicholas, who rewarded the good children, Krampus was responsible for violently punishing sinful children, in German/Pagan tradition, and is depicted as a half-man/half-animal.

Check out the video below, and find out more about It Cometh via our Five Questions With segment.

We are It Cometh. We are a progressive metal band, we do costumes and corpse paint, and we try to summon a demon named Balsamus at live shows. It’s a fun time.

We bring in a lot of different influences between the four of us, and I think that shows through in our music. Typically one of us will come in with a rough idea for a song or a few riffs, then we all build it out from there. It’s very much a team effort.

We have been stockpiling ideas for songs and sharing ideas online. We will often build on each other’s ideas and themes. We gather material/ or sources of information and organize ideas together.

There are several- it’s tough to name just a few, so in our area in York Region, there is Throne the Wolves and Hysterics. Their live sets always have fun energy and very tight musicianship.  Check out the Throne to the Wolves single Disease! On a more well-known level, we like Anvil and Rush.