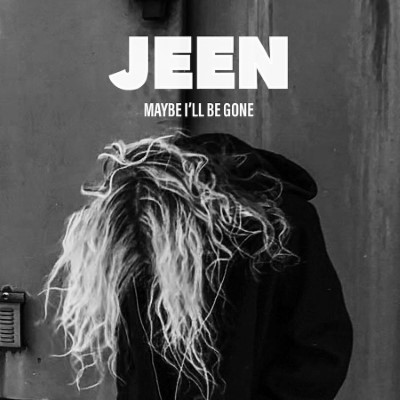 Canadian indie alt-pop/rock artist JEEN reveals a new single today titled “Maybe I’ll Be Gone” and it’s not hard to imagine where that sentiment comes from. Recorded in the midst of a global pandemic that has wreaked havoc on every corner of every industry, it’s easy to be concerned about where we are and have the desire to ask questions about what comes next. Co-produced by JEEN and renowned musician/fellow bandmate Ian Blurton (Change of Heart, C’mon, Future Now), this is the third release from her forthcoming album Dog Bite, out in October 2021. The music landscape might be changed forever, and Dog Bite dares to ask what we are coming back to.

“Sometimes people just get used to you being around and assume you’ll be there no matter how they treat you,” JEEN reflects. “‘Maybe I’ll Be Gone’ is a threat to leave after being taken for granted after too long.”

“Maybe I’ll Be Gone” was the last track added to the record, with Jeen playing bass and guitar, Ian Blurton on lead guitar, and Stephan Szczesniak on drums. She adds,

“I was caught in the middle of writing another song in a weird time signature, so I just wanted to write something more straight ahead, and I’m kind of feeling the sentiment of the chorus on a thousand levels these days.”

What started as an EP quickly grew to a full-length LP with 11 songs. Recorded while demoing at home and jumping into Pro Gold Studio in the brief moments between lockdowns, it’s hard to not read the impact of COVID-19 into every line. Dog Bite goes beyond a pandemic record, bursting at the seams with the desire for more, peeling back the layers of isolation, and exposing a yearning for connection, for love, and all the parts of our lives we’ve had to put away. Evoking the spirit of everything from the best fuzzy guitar riffs in The Breeders catalog to the indie-rock pop of The New Pornographers and all the stops in between, JEEN puts it all on display. The lead single “Don’t Wait” is a sonic road trip featuring vocals from Blurton, a winding road of breezy guitars, and boisterous choruses. “Better Drugs” wonders why we are always searching for something more while “Fair to Move On” looks at a mutual drifting apart and a slightly regretted goodbye. More information will be released in the coming months.

An established and successful songwriter with a penchant for crafting hooky, sync-worthy songs, JEEN became the vocalist and co-writer for Cookie Duster, the side project from Brendan Canning (Broken Social Scene) and appears on their 2012 album When Flying Was Easy. In 2014 JEEN released her debut solo LP Tourist, which immediately got picked up by NPR’s All Songs Considered. The attention landed her a feature showcase slot at TIFF’s 2015 Canadian Music Café, extensively broadening her reach in a sync market. JEEN’s 2016 sophomore LP Modern Life continued to build on her debut success. Both albums resulted in significant sync success for JEEN with song placements in various commercials (Google, Panasonic, Estée Lauder, Kraft, BlackBerry, KIA, Rogers, MasterCard, Molson) as well as notable movies and television shows (Cook Off, Republic of Doyle, Instant Star, Ruby Gloom, Degrassi, Killjoys, Hockey Wives, Workin’ Moms, MTV Catfish, MTV Are You the One).