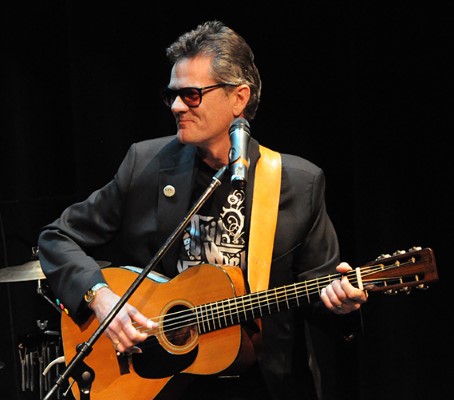 In late February, about a month before the ongoing COVID-19 pandemic shut down the world, Glen Foster and friends — known professionally as the Glen Foster Group — presented a full-throttle live concert to an intimate crowd of just over 150 people at the Christ Community Church in his homeland of Nanaimo, on Vancouver Island, in the West coast of Canada.

Now, as Canadians are quickly becoming fully vaccinated, Foster has released this epic, 80-minute concert as his first-ever live album. It features 14 live cuts spanning his entire back-catalogue, and two bonus tracks recorded from the studio floor — “Friends Like That” and “Three Man Band.”

Reminiscing on the performance quality of the gig, Foster says they had been working steadily.

“My voice was in peak form and the band was playing great,” he shares. “It worked out perfectly that we had recorded that concert, and were due to release a new album soon.”

Proud of his efforts and looking forward to getting back on stage, Foster says they’re “so glad to be back playing some live gigs this summer after the long COVID-19 layoff.

“We have (this) brand new-album and single to share, and I’m also releasing a Christmas album later this year…

“I don’t have time to not be busy,” he quips, in conclusion.

Check out the official video for “Three Man Band” below, and stay up to date with Foster via his socials.