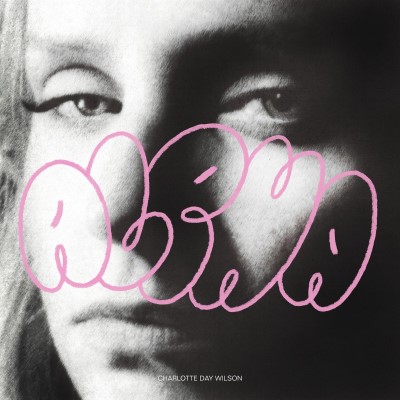 Alpha is the debut album from the Toronto artist Charlotte Day Wilson. It is an aptly named album as it is indeed an auspicious first album for this multi JUNO Award-nominated, Polaris Music Prize listed, Prism Prize-winning, soul/R&B singer and producer.

Alpha is a layer cake of complex moods, tones, and lyrics. The overall ‘flavour’ of the album is dreamy, melancholic, and lovesick, but each track takes that base and builds on Alpha with their own character. That is to say, some tracks on Alpha feel funkier, others more folk, others more pop, but not one feels out of place in the overall piece to break the album’s fundamental mood. What is distinct about Alpha is that though it may feature instruments such as guitar, bass, sax, piano, and drums, the star of the accompaniment is its vocals. The forefront of the tracks are Charlotte’s deep and mesmerizing vocals; used to great effect to carry her soulful lyrics. However, not far behind her sung lyrics, Charlotte adds complex layers of supplementary vocals such as syllables, whistles, and refrains, to build as much texture to the melody as the other instruments. Alpha is a record that is positively fit to burst with purposeful talent to make for a satisfying meal for your ears.

Though it’s hard to pick only a few standouts on such a rich record, I would recommend the tracks “I Can Only Whisper”, “Mountain”, “Keep Moving” & “Adam Complex”. “I Can Only Whisper” has an irresistibly funky beat and chorus that sits somewhere on the border of modern R&B and classic Motown. In this track, Charlotte bemoans being only able to whisper to herself to express how much she wants to be with someone, but her anxiety holds her back from doing much else.

In the track “Mountain”, Charlotte begs a lover to struggle through the metaphorical barriers of her heart to rescue her from deep and crippling loneliness. With its desperate lyrics, a gospel choir to give a spiritual importance to this ‘rescue,’ as well as a persistent sound of heavy rainfall, Mountain builds a very sympathetic, but relatable portrayal of the artist’s desperation.

“Keep Moving” starts slow, but as the track starts ‘moving,’ it starts getting more upbeat and hopeful – adding optimistic electric samples, bouncy drum pads, and sample sounds of lively crowds. This makes sense as the song is about picking up the pieces of a failed relationship and keeping on moving. Despite this seeming optimism, though, the track still maintains a melancholy to it that hints to the listener that this ‘moving on’ is more forced than earned which only adds a layer of drama to the track.

In “Adam Complex”, Charlotte lulls the listener to rest on this last track on Alpha. Even when some other vocals and samples interject occasionally on the track, they seem only like intrusive thoughts one might have before one falls asleep. With this final track, Charlotte seems to be musing on the events described in previous tracks and how to move forward before bed. However, she seems to conclude she’ll probably “stay wrapped in fear [as] it’s what [she] knows,” repeating this sentiment several times. In other words, Charlotte fears she will probably wake and make the same mistakes of inaction tomorrow.