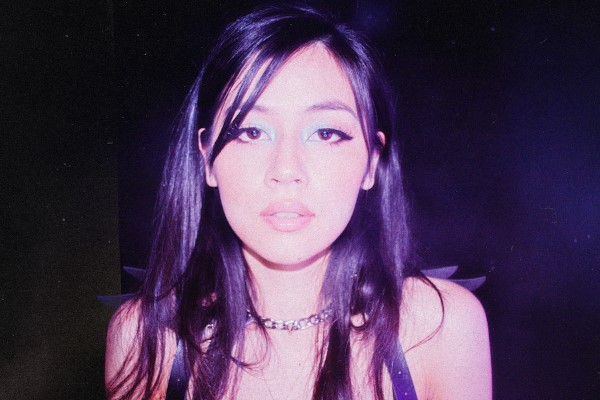 Toronto, ON-based singer-songwriter, Jenny Palacios has released her new single, “Noah”, which was co-produced by Phoenix Arn-Horn (Softcult). The single is from her upcoming solo EP, and commemorates a romantic date that actualized the special infatuation her teenage self had dreamed about, worth the appreciation even though the flame died the same night it started.

Check out “Noah” below, and find out more about Jenny via our Five Questions With segment.

My name’s Jenny Palacios, I’m a singer-songwriter from Toronto, Ontario. If I’m not writing, I’m either designing visual art – it’s my day job, or hanging out with Dante, my cat.

I think I’m still trying to find a sound I really identify with, most days though it feels like I float around a pop, rock, electronic-synth indie place. My inspiration comes from a lot of like, little moments in songs across tons of genres. My workflow is usually dependent on what I’m going through in my life, and getting it down on paper usually helps me make sense of things, or if things are good- immortalize things. More often than not the sonic elements come after most of the lyrics and basic structure are down, that’s usually the turning point from an acoustic song to a dreamy-esque soundscape.

The stay-at-home orders proved to be really motivating (at first) and I think it was that way for most. Even though things were totally not okay in the world, there was an opportunity to just be at home, and focus on things that you could do yourself at home, skills to improve on.

Last year I felt really fueled to get better at producing music, I dedicated most of the days to it. I also ended up making some really great friendships with other people who were trying to do the same. I was really grateful to be in a comfortable situation until I started running out of life to write about. Luckily, again like most, the extended amount of solitude I think did numbers on me mentally, and a lot of introspective matters of the heart needed to find their way out onto paper. I guess for short, I kept creative by keeping emotional haha.

Oh, this totally changes depending on the day! I guess what I’d show someone today is Noah. Out of the three singles I put out this year, Noah is the oldest one written, and its transformation over the time might be the most vast. Plus some of the shouting lines are just fun to get hyped about with people.

Softcult! It’s banger after banger from them, and the topics they touch on in their songs put words to experiences a lot of us have had. I think they’re doing something really important.