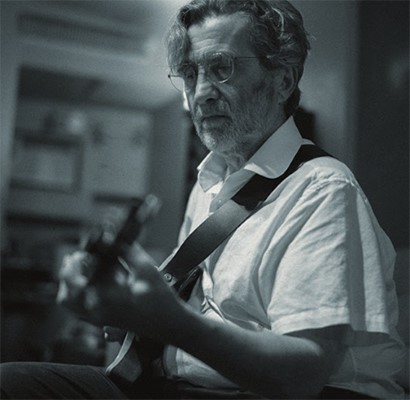 Since the release of his debut album, And the Moon Rising, Canadian musician Trevor Owen has been keen to incorporate American Sign Language into his music videos. The time has finally arrived, and the complete 10-track set of his ASL-enhanced music videos are available now!

The brimming double-handful of videos — including “Not the Only One,” “Fire Moon,” and the album’s title track, “And the Moon Rising” — feature actress and Deaf rights advocate Dawn Jani Birley, who Owen ultimately connected with through the Canadian Hearing Society.

“It turned out to be more involved than I had imagined,” Owen revealed of the process of finding the right translator for the job. “A common response I received was ‘I don’t do music.’

“Indeed, I could not find anyone who would do it.”

It was a perfect fit from the start. Thanks to Birley’s adroit and emotive signing, Owen’s lyrics are elevated to another level of expression. The delicate swoon of “Sweet Bitter,” for example — originally sung in Owen’s soothing rasp — lays out lyrics such as ‘Is it possible to take the truth/In any story, fiction is the truth/The truth is in the story’ in a translation that directly targets the tear ducts.

“As you might imagine, I was thrilled with Dawn’s work,” Owen enthuses, noting this realm is her forte. “She does ASL interpretation in the arts, like theatre performance.

“Though I’ve been a happy participant at signing classes in the past, my own capabilities with American Sign Language are halting, at best; I thought it would be a matter of translating the lyrics, but it is more than that — like gesture, for instance, and responding to, and conveying a sense of the music. As a producer I know noted, there is a certain peculiarity in the process of developing a Deaf audience for my music; it was the ASL interpretation I sought.

“ASL is a different kind of language, and gesture plays a large part in conveying meaning,” he continues. “For my part, I see it as integral to the meaning conveyed, and I hoped its warmth and heartfelt nature might come across.”

Check out the complete set of ASL-enhanced music videos HERE.