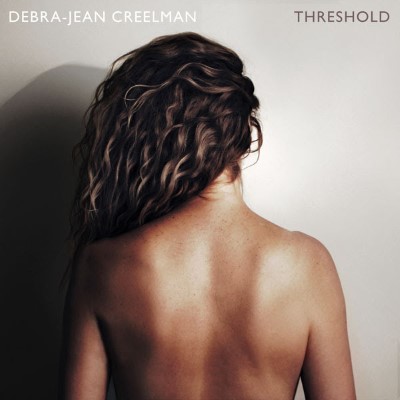 Reading past reviews of mine in succession, one might quickly realize I don’t have much overtly negative to say. It has long been my philosophy to avoid cutting down artists simply for the sake of it unless truly well deserved. So let me make a point of saying that this album is exceptional.

Threshold is not a passive listen; it’s a damn experience. It is consistently immersive in its beauty, and at times quite intense, especially during its second half. The album opens like a placid heartbeat and closes like a death rattle. Debra-Jean Creelman’s vivid vocals are a highlight early on, being often joined by acoustic guitar and dynamic strings such as begin to show their prominence in “Muse Needs A Wife.” By “Faith Is Easy,” things take a lasting turn for the more experimental, in this instance with a somewhat industrial vibe percussively. And things keep getting more interesting from there.

There is a bit of an overall tonal shift at the midway point, the music beginning to take on an increasingly dark tone. This starts with the moody verses of “Colour Blind,” while “Flatline Sum” opens eerily via bird sounds and dissonance, and “Animal” reaches whole new sombre depths with its offset vocals that culminate among ghostlike, distorted guitar. Finally, the dramatically foreboding “Body Is Breathing” could be taken straight from the soundtrack of a horror film and coupled with the subsequent haunting poetry of the aptly-named “Music Box,” the album’s climax and dénouement make subsequent silence feel ominously still.

With Debra-Jean Creelman’s voice at the heart of it all, and a talented ensemble of featured musicians such as former Mother Mother bandmate Molly Guldemond, Threshold is honestly one of the more interesting things I’ve heard in a very a long while.