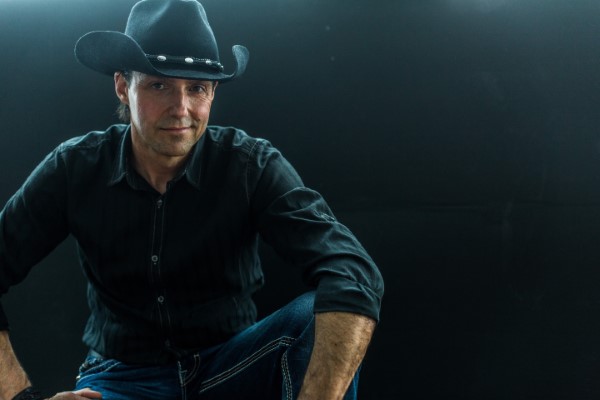 Canadian country artist, Laurie LeBlanc has unveiled his new single, “I’ve Never Known” from his recent full-length offering, When It’s Right, It’s Right. On this single Laurie stares love straight in the eyes, humbly confessing that this – this feeling – is beyond all comprehension.

Check out “I’ve Never Known” below, and find out more about Laurie via our Five Questions With segment.

I was born in Shemogue, NB, a little French community about 1 hour from the PEI Confederation Bridge. Before reaching my teens, we moved… even our house was hauled to Bouctouche NB, where my mother was born and raised. Even though I wasn’t crazy about the idea, I soon realized it was the “Right” move… cause When It’s Right It’s Right! Today, I still reside in this small town of 2,361 citizens where I met my wife of 20 years and brother-in-law who would convince me to sing. Being a shy teenager, I didn’t plan on a musical career so after graduation, I took a Civil Engineering course; and worked 15 years in the field before starting my own design company. Every time I had the chance to be alone, I would sing… in the car, in the shower, at home… until July 22, 1995, I agreed to sing at my sister-in-law’s wedding – my first public performance. I instantly was hooked and started my first band “Interstate” – we sang covers from the 90s from Alan Jackson to Randy Travis.

In 1999, I started to sing in French with a group named Zarico – we recorded two original French albums, which I mostly wrote. My biggest highlight with this group was back in 2006, I was thrilled to open for my biggest country influences Alan Jackson and Brooks & Dunn at the Country Rocks the Hill Concert in Moncton, NB.

After the dissolution of the band, I started writing songs; and in 2010, I recorded my first solo album. I have since recorded seven studio albums: four in French, one Christmas album, and two in English, including my latest “When It’s Right It’s Right” produced by multi-award winner Jason Barry.

In 2020, I celebrated a decade of success as a Country Music Singer-Songwriter. The best part of this, is I get to share this amazing journey with my wife Jeannette, who is my full-time manager. Together we have traveled from Coast to Coast in Canada, Nashville, TN, and France.

Yup, my love for country music started when I was 16 in my father’s Toyota Corolla signing with a cranked-up Randy Travis’s “Storms of Life” cd. I’ve been singing country music ever since.

My music style fits somewhere between 90s music and today’s mainstream. I grew up listening to Brad Paisley, Garth Brooks, Alan Jackson, George Strait, Randy Travis, but I also enjoy a lot of what I hear now on mainstream radio. My writing inspirations come from day-to-day activities, places I go, lines people say, experiences that happen, etc.…Being a positive guy, I tend to head into more positive feel-good grooves and subjects.

The pandemic was a shock at first. We were super busy in 2019, and 2020 was going to be the same. We still decided to launch my ECMA nominated album “When It’s Right It’s Right” as scheduled on June 06, 2020, but of course we had to make some adjustments. We launched the album LIVE on my Facebook Page in an empty Capitol Theater in Moncton, NB.

After a successful virtual launch, we worked on releasing singles off the album on Canadian Country radios. The 4th single “I’ve Never Known” was recently released on May 18, 2021 (our 20th wedding anniversary).

It was important for me to keep a connection with the fans so we launched “Mondays LIVE with Laurie / Lundi LIVE avec Laurie” on my Facebook Page which was nominated for an East Coast Music Award (ECMA) for “Artist Innovator of the Year”. Every Monday night, we travel to different locations so people get a chance to discover our beautiful province while I talk about what’s happening musically and personally, along with various contests. To my surprise, each LIVE has thousands of views; and people really enjoy them.

WOW! It’s hard to choose one song, but since I have to choose one, I would suggest All In because it was the last one that I wrote that was recorded.

There are great Canadian Country artists/bands out there. I like Dean Brody, Tenille Townes, Terry Clark, Gord Banford among others.