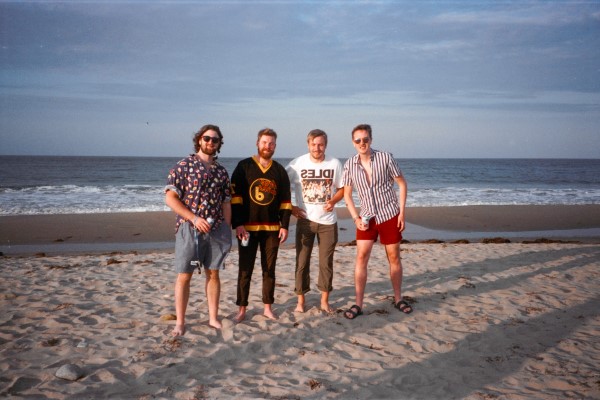 Halifax, NS’s four-piece indie-rock group, Sleepy Kicks is made up of Mitch Currie and Braden Kamermans (lead guitar/ vocals), Alex Heighton (bass), and Colin McCormick (drums). The group has unveiled their video for their new single, “Neighbourhood Watch”, which was directed by Jack Leahy.

“We had such a great experience with this project and had a unique amount of creative freedom. I remember being confused about the concept of Neighborhood Watch as a kid; who, what and where was it? This was an opportunity to try and flush out some of those questions. It was an honour to create a video for this wonderful song!”

Mitch says on the video,

“Jack and his girlfriend Gwyneth (who also helped with the video) are both in the film and animation industry, so we were very confident (based on their experience) that whatever they touched would be gold. Jack actually approached us first. We were talking about how we wanted to do another music video for Hard Left, and he came to us saying he already had a vision for Neighbourhood Watch. When someone as talented as he is gets inspired, you don’t get in the way. We gave him the reins, and the outcome speaks for itself”

The single is from the band’s debut EP, Hard Left, which recently surpassed 30,000 streams.