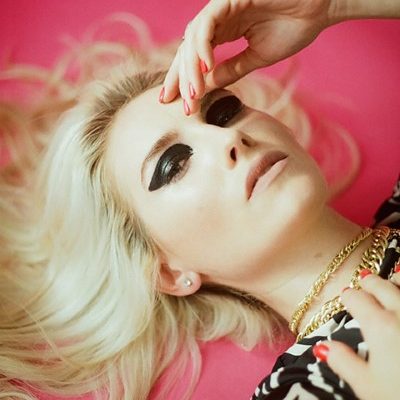 Canadian artist Keegan Chambers is back with a brand new single, “Look What You’ve Done”, from her newest EP, Out Of My Head.

“Look What You’ve Done” is a testament to a woman with something to say. And she’s not backing down from the message.

“’Look What You’ve Done’ was written after a traumatizing experience brought out an anger in me I’d never seen before,” Chambers reveals from behind the scenes on creating the single. “While working through those violent thoughts of revenge, I also wrote a short film which I hope to produce as a music video for the song if we get the RBC Prism Prize grant. Keeping my fingers crossed!”

Check out “Look What You’ve Done” below, and find out more about Keegan via our mini-interview.

Don’t mind if I do! Hello Canadian Beats reader! It’s nice to meet you 🙂 My name is Keegan Chambers and I’m a pop-rock artist based in Toronto. I’m originally from a small town near Peterborough called Havelock, but I grew up mostly in Newmarket/Aurora and went to University in Waterloo before moving to Toronto in 2012. Wow. Almost 10 years ago! Dear god. lol

I moved here to pursue acting and only recently shifted my focus back to music. It was my first love after all. I started taking vocal lessons and singing in the local children’s choir at age 9 and did so until high school. I chose to continue in French immersion instead of transferring to a high school that focused on the arts. It’s always been my greatest regret. If I could go back I might choose differently, but then again, it’s better the devil you know, than the devil you don’t.

In 2015 I bought a second-hand Roland keyboard and started teaching myself piano so that I could sing covers at open mics. I never got particularly good at it but it definitely unlocked something in me and it wasn’t long until I started writing my own songs. Since then I’ve just been chugging away at getting them out there into the world.

It was a slow burn at first but since moving in with my boyfriend/producer, Daniel Tsourounis, at the start of the pandemic, we’ve been particularly productive. With 7 songs already released this year and more to come before the year is through, it feels so good to finally be sharing everything we’ve been working on over the last year and a half.

Tell us about the recording process behind “Look What You’ve Done”?

Well, I wrote the song back in 2018. It was a few weeks after the Toronto van attack and a strange man in a blue truck was chasing me around the neighbourhood as I was walking my boss’ dogs (I was a nanny at the time). It was absolutely terrifying and it brought up a lot of unresolved anger from past experiences of sexual assault so when the cops couldn’t do anything about it, I became obsessed with getting revenge. Naturally, I couldn’t actually do anything about it, so I wrote this song instead.

The song was recorded in part at B-Town Sound in Burlington but the vocals are actually the demo vocals that we recorded up at the cottage. We tried re-recording them but ultimately decided that the original vocals were unbeatable. The harmony lines came together with some help from our friend who goes by Royal and then Daniel mixed the track and sent it off to Dajaun Martineau for mastering.

110% receiving Factor Canada’s Artist Development grant. Finances aside, it was a wonderful feeling to know that industry professionals across the country saw enough potential in what Daniel and I are building together to want to be a part of bringing it to fruition.

Well, I’ve already accomplished something pretty major this year. Getting my original song played on the radio. HUGE one to cross off the bucket list.

Funny story actually.. back in January, I had sent my song “Not Waiting” to Alan Cross and he agreed to play it on his show on 102.1 The Edge. I was ecstatic! I immediately sent him the mp3 (as requested) and waited patiently to find out when it would air. When I got the news I told everyone I know lol and then, there I was sitting in the car, waiting to hear my song, and he introduces the title: “Midnight Sky”. My jaw dropped as I rushed to my laptop to check the email and there it was. The mp3 of my cover of Midnight Sky that we were gonna release later that week! Lol, so it wasn’t even out yet!!

Needless to say, I double and triple-checked it before sending this time and finally got that moment I was waiting for as “Look What You’ve Done” played on full volume from 102.1 The Edge. So surreal. But in true Keegan fashion, something had to go wrong…. So naturally, the Wi-Fi cut out mid-song 🙄 ah well. It’s the imperfections in life that make things memorable ☺️

Umm literally anyone? Lol, I would love nothing more than to go on tour with someone as their opening act next summer. I’m definitely putting that vibe out into the universe! If you’re reading this and you have any suggestions, I’m all ears!

As for a collab, I gotta say Miley Cyrus for one. Her new rock stuff is right up my alley and sounds a lot like what’s on the EP so I think we could make some magic together. Additionally, we’ve got some disco-type stuff coming out in the near future and I’ve been loving what Dua Lipa’s been putting out. Her and Silk Sonic. Omg, I would die to have Anderson Paak do a feature on one of these funky disco tracks we have coming out. If you’re reading this and you’re up for collaborating – send me a DM! I’d love to hear from you <3