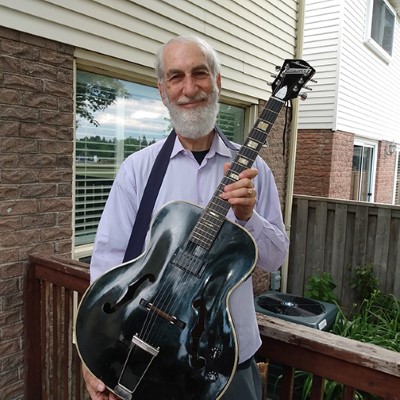 Channeling everyone from the world’s greatest athletes to the beginner at-home fitness enthusiast, Zweig says he set out to create an exciting song to exercise alongside with.

“It’s fun, it’s funky, and it’s got a bit of rock and roll,” the Toronto-based multi-talented singer/songwriter enthuses. “I’m young at heart, so I wrote this song for kids of all ages — from 1 to 101 years old!”

Check out the video for “Exercise” below, and find out more about Gary via our mini-interview.

I was born in Toronto in 1955 – the same year Rock n Roll started – and got my first guitar at age 10, and still play it today. I was in many high school bands and went to Israel in 1974 to a kibbutz. I studied at  a Jewish seminary after and changed upon hearing The Monkees’ “I’m A Believer.” My first album KIDDUSH CLUB was released in 1988; The 2nd album The WINE ALBUM was released in 1990.  TOYS was released in 1999 and it’s still the biggest album, and we’ve made a new video for Exercise, too.

Tell us about the recording process behind “Exercise”?

“EXERCISE” was written as I like to go to the gym. I wanted to do a song to exercise to. I still exercise 20 minutes a day on my bike and go on hour walks with my wife.

The highlight was quality time with family and son, and my father celebrating 100 years old!

Well, I’ve already accomplished something pretty major this year. Getting my original song played on the radio. HUGE one to cross off the bucket list.

Hope to reach out with more music. And stay positive through 2021!