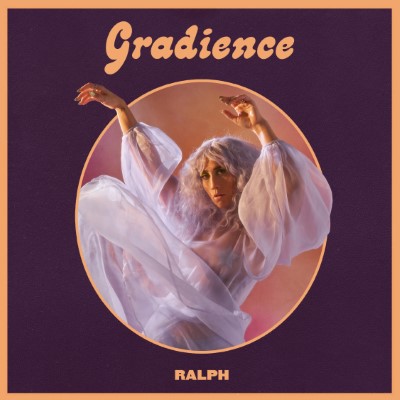 RALPH‘s seasoned voice and musical accompaniment are easy to enjoy, though much less so to pigeonhole. The Toronto artist has a way of sonically encompassing, without being individually defined by, some of the most prominent genres of the relatively recent past. Here is evidence of her doing that.

On GRADIENCE, RALPH consciously channels sounds of the latter 19th century. From the clean, upbeat pop vibe of “Tommy,” to the synth-oriented “Strawberry Meltdown,” to the funky, bassline-driven “Love Potion,” these songs transport the listener to the 1990s, 80s, and as far back as the 70s, seamlessly shifting between entire decades. Synth-pop, disco, soul, and more are united around verses ripe with sentiment, and choruses that are sure to stay stuck in your head at least a little while. Rounded off by the no-frills piano and vocal harmonies of “Rules of Love,” the EP packs a lot of range into a short selection, and it all blends so very well together. The result is rather pleasant.

This is music with plenty of lyrical substance (e.g., reflections on personal change in “Mood Ring,” or wasted love in “Took the Fun”). At the same time, it also is a whole lot of fun to move along to. RALPH’s GRADIENCE is collectively a mildly heady jam, and one to likely leave you with a smile.