Five Questions With I See Aura 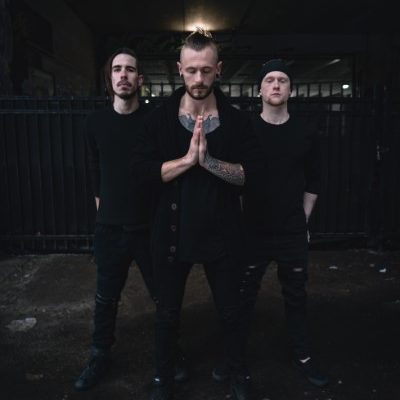 Ontario-based band three-piece band, I See Aura is made up of Josh Hinch (Bass/ Lead Vocals), Mike VanCouter (Guitar), and Nick Predhomme (drums). The trio released their debut self-titled EP in 2019. Their second release, “The Witch Machine” did great on streaming with over 58,000 views on Facebook and 27,000 views on YouTube.

Now, they have unveiled their new single, “Stigma”, which is about the current social stigma of assigned stereotypes to belief systems that are discriminated against or prejudice against the pariah. This is causing massive cognitive dissonance in today’s society.

The lyrics reflect the corrupt ways of a human’s instinctual reaction to overpowering one another through money, political view, or status.

“We wrote this track as a message for people to take a step back from their differences and find common ground. In the war on words, we are all one in the end…”

Check out “Stigma” below, and find out more about  I See Aura via our Five Questions With segment.

Back when we started as a band it felt only natural that we would play some kind of metal together. Our personal tastes vary but over a year and a half, I See Aura has shaped into a mixture of metalcore-influenced riffs, catchy vocal lines, and heavy-hitting drums. But really, just go check it out on Spotify, YouTube, or Apple Music for yourself!

Staying creative has never really been a problem for our band! Although logistics have changed during the pandemic, it won’t stop us from doing what we love.

Either “The Witch Machine” or “Stigma”. Those are two band favourites.

Spiritbox and Protest The Hero are among our favourite. There are too many awesome Canadian artists to choose from at the end of the day.