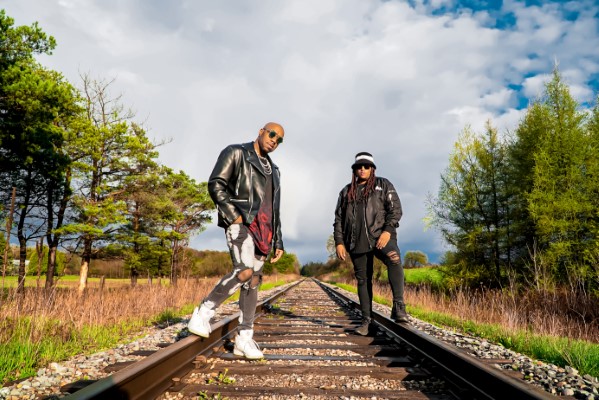 Ontario-based DJ, 4Korners is known as the official Toronto Raptors DJ, and now he’s teamed up with Ashton Adams on his new group, 401 WST.

Their first single from their upcoming project, Our House: Volume 2, featuring Montreal’s Zach Zoya is entitled “Won’t Put U Thru That”.

“Won’t Put U Thru That is a love song made for the dancefloor that’s mostly about heartbreak and hope, but with a pulse,” explains 4KORNERS about the inspiration behind the new single. “We wanted to make a classic love song by blending the energy of house music from the originators of the genre, paying homage to the godfathers like Frankie Knuckles, Marshall Jefferson, Larry Levan, Inner City, and many more, but doing it our way with a modern twist, for the new generation of club and festival kids.” Adds Ashton Adams: “This is also an intentional collaboration of three Black artists coming together to celebrate house music’s Black culture roots and to create a song that everyone can enjoy and sing along to whether you are on the dance floor or driving in your car listening to it on the radio.”

Check out the single below, and find out more about 401 WST via our Five Questions With segment.

4KORNERS: I’m 4KORNERS, mostly known as an internationally touring DJ and the man behind the Toronto Raptors. But I’m also a producer, musician, creative director, and all-around digital creator whose whole life revolves around music.

Ashton Adams: I’m Ashton Adams, producer, musician, and studio owner from Cambridge, ON. I’ve been in bands, DJing, and producing music for my projects and other artists for most of my adult life.

4KORNERS: Together, we’re 401 WST, a House Music Duo here to shake shit up in the dance world with OUR HOUSE, blending the energy of House Music from the originators of the genre with a modern twist. And above all, we’re here to remind, or in some cases educate people, on the fact that #HouseMusicIsBlack

4KORNERS: Our sound is taking the essence of what was, and updating it with the vibe of what is. We’re paying homage to the Godfathers like Frankie Knuckles, Marshall Jefferson, Larry Levan, Inner City and so many more but doing it our way, for the new generation of club and festival kids.

Ashton Adams: When we start working on a record, first we listen to some classics to get into that headspace. The 80’s and early 90’s Chicago, Detroit, New York type energy. Once we’re in that mode, we just start experimenting with melody and rhythm until we find a groove that moves us.

4KORNERS: As a producer and especially as a DJ, when it feels right, you just know!

Ashton Adams: Honestly, it’s been on and off. I know a lot of producers have been really locked in the studio non-stop. For us, it was a bit tough at times, especially with us not being able to get together in a room and work.

4KORNERS: Yeah man, that part! I’m totally fine working on my own. We both are. I start most of my beats on my laptop and headphones. But with this project, we really like to be in the studio together, creating. But we had to adapt and this new single was done completely remotely between me in Toronto, Ashton in Cambridge, and Zach out in Quebec, and it worked out!

4KORNERS: Haha, not saying our other songs aren’t dope cuz they really are! But this one is the first record we’re putting out this year, and it’s by far our most….I don’t wanna say “radio friendly” but I think it’s the one song that we’ve made so far that has the ability to appeal to the widest audience. It’s Housey, but it also has a very R&B feel to it.

Ashton Adams: Exactly. We have other records that are more for the clubs than the radio. This one feels like it can be both!

4KORNERS: You mean besides ourselves? Haha, for real though, we are definitely our own biggest fans. I think that’s how it should be as an artist. You gotta love what you do with everything in you! So beyond us, I’m honestly a big fan of Zach Zoya. I’ve said it time & time again, the kid is a star!! Beyond that, and besides the obvious superstars, I’m also really feeling Savannah Re, EverythingOshaun, Tobi, Tome, Seb C, Mustafa, Neon Dreams, City Fidelia, Dom Vallie…man the list goes on. There are so many talented musicians coming out of this country.

Ashton Adams: Yessss, I was gonna say Dom Vallie definitely, and a lot more that you just said. But also Karate Kactus, Nukky, Felix Cartal…Canada is on top!

4KORNERS: And I gotta send a BIG UP to the legend Kardinal Offishall who has always been and still remains to be one of my top 5 performers of all time. We just did our first post-pandemic (are we post yet? lol) show on June 30 in Toronto called “Free The City” and my guy ripped the stage like he always does. Salute to Kardi every time!