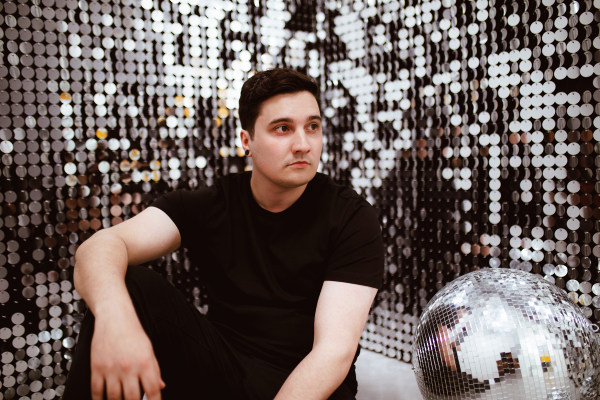 “No Feelings” is a modern-day summer anthem entirely written and produced by QUIETLOVE, mixed by Jack Emblem, and mastered by multi-platinum engineer, Dan Weston.

“I wrote this song about the perpetual inner struggle between head and heart”, said Brendan. “At some point, you’ve gotta decide what’s best for you, even if it hurts like hell”.

Check out the video for “No Feelings” below, and find out more about QUIETLOVE via our Five Questions With segment.

Hey, Canadian Beats readers! My name is QUIETLOVE, a Toronto-based alt-pop producer & songwriter. Lovely to e-meet you all!

I usually write a song, demo it. Vibe with it for a couple of days, and slowly piece together the final production & arrangement from there. Once it’s in a place I’m comfortable with, I’ll go ahead and record the final vocals, and then it’s off to mixing.

To be honest, I was pretty hard on myself at the very start to make something of myself during isolation, but I’ve since adapted to just taking it a day at a time. Finding a balance between work and self-care is much more healthy than the ‘no days off’ mentality. I’ve actually been pretty productive during the pandemic, both with self-reflection and my music. Can’t wait to show you all what I’ve been up to!

I’d say my latest single is a pretty accurate representation of myself as an artist, so I’d hope they listen to ‘No Feelings’. Being a new solo artist, I’ve only got two released songs, and of the two, it’s definitely the more light-hearted, bubbly, and fun. Give it a spin and let me know what you think!

I’ve been really into Verzache lately, he’s also a Toronto-based emerging artist/producer. He released an album at the start of the pandemic I haven’t been able to put down – definitely recommend it.