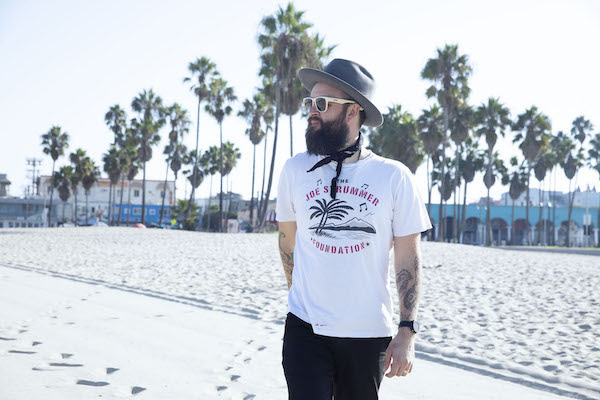 Leeroy Stagger finds inspiration through grief on his new single ‘Ventura’ out since last week on all digital streaming platforms.

“The song ‘Ventura’ is about my friend Neal Casa. The first time I met Neal was on a magical night in New York City, he was working on Willie Nelson’s Songbird record as he was in Ryan Adams’ band The Cardinals at the time. He invited us out to the 17th St. bar where all the Cardinals were hanging out, he introduced me to the band and they all had laughed how they were happy that Ryan wasn’t there because they didn’t want me to have a bad impression of him.

Neil was always enthusiastic. We ran into him a few years later in Nottingham, England, where Ryan was playing the big theatre. Neal came out for coffee with me and my wife Coby and always had such nice things to say about my music and my career. He even sang on my Everything Is Real record, which was such an honour for me. Before he tragically passed, we had been in touch about him possibly playing guitar on some new music I was working on.

“I wanted to pay tribute to my friend in song. When it came time to make a video, I thought it would be very cool to have something surf related, as Neal was such a big surfer. He loved the ocean. I found this great old surf footage from California in the 50s on YouTube and approached the fellow who owned it (Wes Timmons) who also happened to be a film editor. He lovingly edited the video into the dream state we see. It fits perfectly to the song and is a beautiful tribute to Neal.”

‘Ventura’ is the first single from Leeroy Stagger’s new album Dystopian Weekends, which is set for release on October 1st. Recorded at Afterlife Studios in Vancouver at the beginning of the global pandemic, Leeroy says that “Dystopian Weekends is the serum of truth with a slice of light and darkness that we all need right now.”