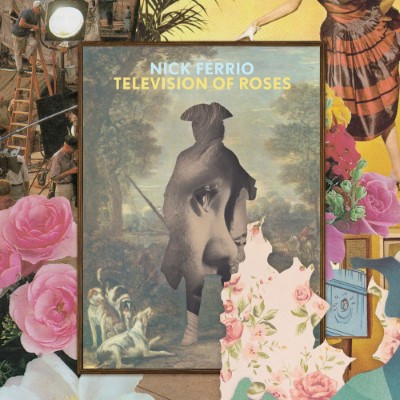 Television of Roses is the newest album from Canadian singer-songwriter Nick Ferrio.

Television of Roses carries a softness as its flowery title implies. Using an accompaniment of electric guitar, drums, bass, keys, woodblock, and other instruments, even when the track pulls out a rocking guitar solo, Television of Roses maintains its warm, gentle nature. This is in large part due to Ferrio’s vocals which are soothing and subdued. However, this compassion might also be due to Ferrio’s status as a father.

As Ferrio explains, this album is intended as a collection of tactile memories, conversations, and wisdom for his son. Ferrio says of this intent that “Being a parent has made my focus more intense. Thinking of life through the metaphor of a camera, the aperture has been adjusted and what is important is now much more clear. Music and family are the subject and everything else is just noise in the background.” Television of Roses was in that blanket of North Frontenac county where Ferrio gathered a gang of friends to collaborate: his longtime producer Jonas Bonnetta (evening hymns), Caylie Runciman (Boyhood), Evangeline Gentle, Lewis Parker (For Esmé), Nathan Truax (Said the Whale) and Tanner Paré (Heaps/The Kents). The fingerprints of this collaboration of friendship radiate through every track.

A standout track for me was “Solid Maybe”. As the title implies, there is a sense of humor to this upbeat track as the lyrics detail being fed up with an indecisive friend or lover. As Ferrio says in the song, “I don’t wanna know” as he’d rather just move on than deal with their inability to deal with uncertainty.