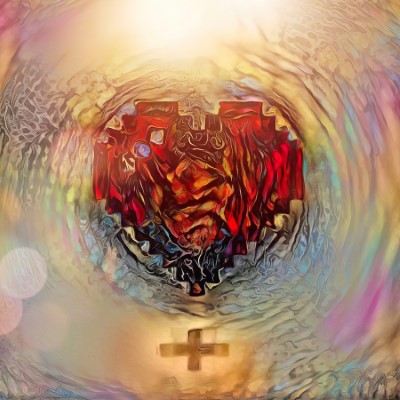 Graeme Cornie’s project, Kodiak Arcade is a hi-fi homage to the lo-fi sounds of the past. Cornies teamed up with Joshua Van Tassel (Great Lake Swimmers, KIRTY, Dream Date Studios) for brand new single, “Dumb”, which is about the kind of uncomplicated, unconditional love that dogs and babies give away so freely.

A tribute to non-verbal friendships as well as the kind of love that often makes us want to abandon our adult selves, and get lost in mindless play.

Check out “Dumb” below, and find out more about Kodiak Arcade via our Five Questions With segment.

I’m Graeme from Kodiak Arcade. I’ve been making art in some form since childhood. I was lucky enough to grow up attending art schools and I suppose, for me, Kodiak Arcade is an extension of what I loved about that experience. I’m a television composer by trade and so a lot of the time I’m writing music to a brief, or writing music to support a narrative. Kodiak Arcade, on the other hand, is a musical recreation for me. It’s meant to answer the question: “What would I do with a blank arrange page and no narrative path to follow?”

Kodiak Arcade is one of two active art projects that I have on the go, where I’m releasing music and visual art regularly online. It’s a sort of ongoing multimedia diary, it’s a style that I’m still developing, and it’s a chance for me to play with musical toys that I don’t have a reason to play with otherwise. It’s also a means of exploring collaboration with other artists that I admire. Joshua Van Tassel first joined me on “Dumb” but we’ve since been working together on a bunch of new material and I can’t wait to share that stuff.

Kodiak Arcade is meant to feel explicitly electronic, but with the humanity of organic, played performances intertwined, bringing added life to the tech. This organic, electronic hybrid is what this project is all about for me. I like throwing away the idea of needing to ask “how would I ever perform this live?”, and rather pursue whatever my imagination can think of with the available tools – questions like – “Can I mangle this vocal with tech until it reminds me of the way light looks when it’s bouncing off of water?” It’s a freeing headspace to write in. It’s a chance to really play.

We did that with a track called “Rare Sun” that we have coming out next month. We wanted it to feel like the fuzzy recollection of summer memories. With guitar, synths, and steel drums shimmering and blurring together, and a vocal that sounds like something half-remembered, it feels like some sort of warm, nostalgic environment. If we were trying to write the next top 40 hit, we likely wouldn’t take this kind of approach, but really, we’re just trying to follow our own musical curiosities wherever they lead until we have something that interests us. It’s a musical exploration and I’m just hoping that we find some like-minded and like-hearted people along the way.

I’ve been actively writing for a handful of television shows throughout the pandemic. Luckily, that industry was really prepared for the new work-from-home model. Outside of that, I’ve been making a lot of digital art exploring human / AI collaboration, which I post to our Twitter and Instagram as I make it. I’ve spent most of the rest of my musical hours working on recordings for Kodiak Arcade and Cabin Fever Orchestra.

I think I would point them toward “I’m Fine”. We released it during the winter lockdown and a lot of people seemed to really connect with that one. It’s a song about needing to hold it together on the surface for the sake of others. It’s also a song in celebration of the people we lean on from time to time when we aren’t at our best.

I think Rezz has a really cool sound. I love the way she uses hard cuts in her music to make the space between notes as violent as the percussion. Rezz has crafted a bunch of satisfying grooves where each part fits into the whole like a perfect puzzle piece. It sounds polished, but also wild, and it has the kind of volatility that you might associate with Tool or NIN, while offering up something totally new.

I was also excited to see Caribou return in 2020. I love how imaginative and psychedelic his music is. It always feels old and new at the same time. There’s a real originality in Caribou’s body of work, and it always strikes me as creative, interesting, and like a neat exploration of vintage and modern tech.