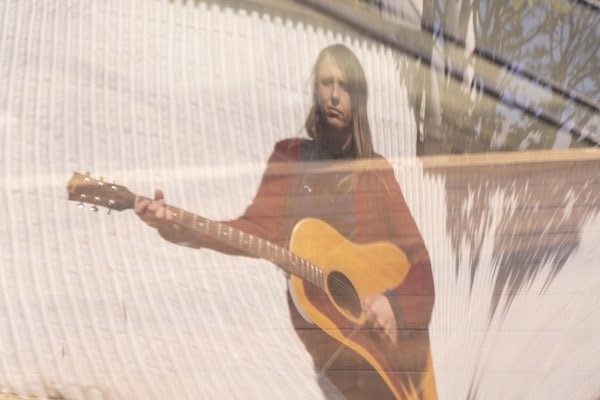 Vancouver musician Larissa Tandy discovered that songwriting inspiration can come from the most unexpected places when she was writing her new single “Drive”.

“I wrote “Drive” in East Nashville with my friend, Texan songwriter Van Darien. Another friend had set us up to write together, and this was the first day we met. I sat in Van’s living room tuning my guitar, and she brought me an iced coffee to which she had added coconut flavoured La Croix. I was so confused and fascinated by it, I was taken with it! The moment felt almost psychedelic. And when my mind finally came back to the room we were sitting in, Van was playing a C chord and singing the word ‘drive’ over it. I asked her, ‘where is she driving?’ and the song started to unfold. While we were writing it, I was imagining Roy Orbison singing it, because I love him and I’m always trying to write for the way he sings.”

“Drive” follows the release of “Sirens” (released on May 21st) and is the 2nd of 3 new singles to be released from Larissa Tandy this summer. The next single, “No Fun”, comes out on July 30th.

From her humble beginnings in rural Australia, raising herself on stolen Aretha and Patti Smith records, Larissa has mined her difficult life for potent stories and spun them into songs that made their way onto radio in America, the UK, and Canada. Within a few short years, she has doggedly beat a path for herself, touring relentlessly across Canada, Australia, and the US, and playing official showcases at Kansas City’s Folk Alliance, and Nashville’s Americanafest. Her debut album, The Grip, was released in 2017 and spent 4 months on the US Americana charts, reached #2 on the Canadian college radio chart, and attracted praise from almost every corner of the globe. Awards followed namely the prestigious Nashville Songwriter Residency, which Tandy used to carve out a place for herself in Nashville’s competitive writing scene. Tapped by artists for her tough affect and muscular writing, she jagged a number of cuts in her first year in the game, which secured chart positions in Australia and the UK.