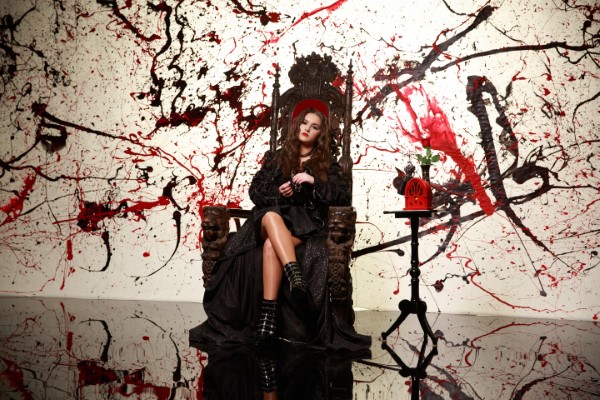 The age of 15 is often a significant time when it comes to finding what your true passion may be for the rest of your life and Victoria Anthony has nailed that down. Following in the footsteps of many (former) teen artists, Victoria is turning heads (and ears), booking some of the biggest gigs imaginable (hello, New York Fashion Week!) and racking up streams in the millions, including for her newest single, “Dirty Lipstick”.

Check out the video below, and find out more about Victoria via our interview.

Considering the state of the world in general, congrats on releasing your debut album, Real Life, this past October! What was the biggest challenge in the creation and release of the final product?

There were a lot of challenges, but I think the biggest for me was the restriction on performing live. As with most artists who released music in the past year, my team and I had to think outside the box and use technology to the fullest in so many ways. Even when it came to performing on TV shows across Canada, I had to perform virtually.  I can’t wait to finally get in front of live audiences to perform songs from the album, as well as my new material.

The new single, “Dirty Lipstick”, is just so darn catchy topped off with so many gorgeous visuals in the video. What was your favourite part of filming that?

This is an extremely hard question to answer since there were so many memorable moments on the video shoot, but if I had to choose one it would be the scenes with the mannequins on fire. We had planned to set them on fire from the beginning, but only at the last second did I insist that we get a shot with me sitting in front of them. It looks so edgy and cool. It was extremely hot and the outfit I was wearing was flammable for sure, so we had the safety officers standing by! We had such a great team working on the video, and co-directing the video with the amazing Brock Newman was incredibly fulfilling.

Having once been 15 myself, staying focussed on something you love can be a challenge. What has helped keep you focussed and motivated in your career so far?

Making music is part of my DNA and I know this is what I was meant to do, so staying focused is not really a problem for me. The path I have chosen allows me to be creative, continuously learn, and grow as an artist. From the beginning, I have insisted on being involved in every aspect of my career from songwriting to conceptualizing my videos to my branding. It’s all very personal for me and I need to be true to myself. I also have a great off switch where I can just completely go into zen mode and work on a puzzle or watch Grey’s Anatomy. Having that chill time helps me recharge my batteries.

Were there any people in your own life and/or artists that you grew up listening to that helped you discover your own passion for making music?

I’ve always looked up to singer-songwriters like Taylor Swift, Alicia Keys, and Lauryn Hill. Growing up in a house that celebrates music, I got to explore all kinds of music.

For the immediate future, I will be putting most of my energy into promoting “Dirty Lipstick”. There is so much work to be done on that front. I also have new music ready & in the making. I will have at least one more single coming out later this year, then an EP. I’m also planning a US tour for the Fall, and I’m even performing at New York Fashion Week!