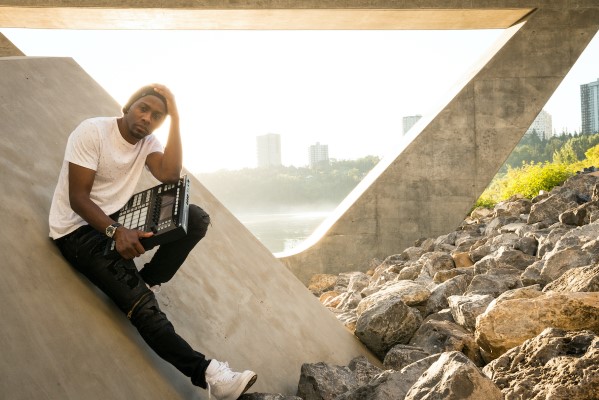 Edmonton, AB-based rapper, Arlo Maverick is back with a new video for his single, “Tap It” featuring Oozeela.

“Tap It” is the second single from his Soul Merchant EP, which is set for release on July 9, 2021. After releasing Soul Merchant’s lead single,” Hashtag,” in February, Exclaim listed Arlo as one of its New Faves of 2021.

This new single is a soca-inflected observation on the pursuit for generational wealth and security.

Directed by Maverick, the video revolves around a young woman from an immigrant family who disrupts the path expected of her to gain more social status. After moving to a new city for higher education, she loses focus and gets caught up in the party scene. Her father works hard to create opportunities for his daughter, as does her fiancé to ensure a better future for their own prospective family. In return, she racks up her father’s credit card without any concern for his debt, manipulates her fiancé back home to fund her lifestyle while meeting others on dating sites, and surrounds herself around other entitled people that encourage her behaviour.

A comment on socioeconomic mobility and narcissism as a social epidemic, the track is a chopped and mixed stew of soca, reggae, electro, and hip-hop, elevated by vocalist Oozeela who brings his own Dominican roots to the song.

Of the video, Maverick says,

“Her family came to a new country to give her a better life, but because of the social lures in that part of the world they may end up no better off than they were to begin with. The attempt to create that generational security is never fully achieved. Their socioeconomic mobility has the potential to crumble.”

Check out the vidoe below, and stay up to date with Arlo Maverick via his socials.