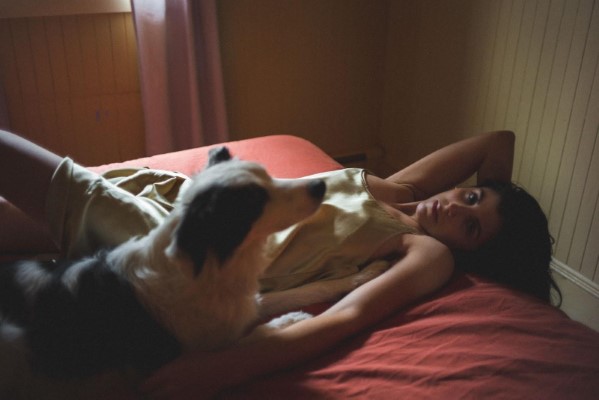 Montreal’s Ada Lea (the moniker of Alexandra Levy) presents a new single/video “hurt” — her first new piece of music since 2020’s Woman, Here EP. “hurt” lives in a snowy Montreal winter, a city that Levy calls home and lives and breathes through her music. It thrums with bass and brooding keys, as Levy uses frank language and imagery:

When the song hits its peak, her voice is carried by a swirl of strings and quick-tempoed keys. In the accompanying video, directed by Monse Muro, Levy sits at a decorated table, awash in desaturated colors. Peculiar images and colors flash through as the song grows in intensity.

“I wanted to find a way to communicate complicated feelings using the simplest language possible. I came with a narrative and removed almost every detail, so as not to obfuscate the feeling – but left it open in terms of a resolution: was this hurt necessarily a bad thing?”

“hurt” follows Levy’s Woman, Here EP (2020), and her debut, What We Say in Private (2019), a collection of raw, confessional, and at times messy emotions, presented through beautifully colorful pop songs. “Hurt” is a first taste of what’s to come.

Check out “hurt” below, and stay up to date with Ada Lea via her socials.