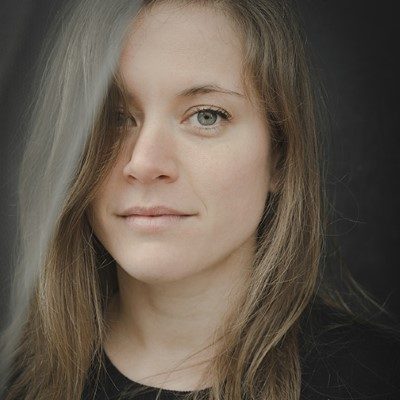 BC-based folk-rock recording artist, Deanna Drudge has unveiled a video for her newest single, “June” from her album, Killing Time.

Enlisting the production talent of Kevin Ker on the album, Drudge allowed the heaviness in her heart, brought on by anxiety and depression, to spin itself into the fabric of the record. And between her and Ker, Killing Time is an unmistakably honest offering and insight into a woman’s resolve to give herself license to heal, and ultimately create.

“Sometime during 2018, I wasn’t sure if I wanted to continue with music,” Drudge confides, but says it was the lockdown of 2020 that changed her perspective on writing. “I knew I needed to create something… Create something mostly for myself with no expectations of how it would turn out and what I would do with it after.”

Penning and arranging the tracks with simply a guitar is a testament to the freedom Drudge permitted herself walking into her first professional project. Her tenure as a recording artist has earned its merit by not pressuring the process; instead, allowing the songs to flow from an honest place, utilizing the time it required to be done right.

“The songs evolved from a time when a decision was made to face and beat an almost decade long struggle with anxiety, depression and self-doubt,” Drudge reveals. “Most of the songs stem from a place of introspection; acknowledging the place I had found myself in and the moments throughout the next 2 years of battling toward self-acceptance.”

“June”, which is the lead single is a folk prog-rock charming ode to unrequited interest, and mustering the courage to say how she feels — electric chords and haunting harmonies lay claim to nods of the fantastical pique of 90s female alt-rock. While almost a seemingly Mazzy Starr/Chantal Kreviazuk testimony preached to a choir of Lilith Fair mainstays, Drudge manages to carve herself a new path of indie songwriting.

Check out “June” below, and find out more about Deanna via our mini-interview.

Hi! I’m Deanna. I’ve been a songwriter for almost 10 years now. Most of the time quietly in my bedroom. However, over the past couple of years I’ve released a solo EP and a handful of singles with a band. I’m really excited about my first full-length record ‘Killing Time’ which came out in early June! I love playing guitar, and when I’m not jamming or working, your best bet for finding me is at the skatepark or somewhere out in the natural world in my canoe or on a mountain trail. Being alone, somewhere beautiful, is where most of my reflection happens, and where my mind can wander and get inspired. It’s funny because I find skateboarding attracts introspective, artistic folks. For me, it’s a way to physically push myself in the face of fear. It’s taught me to push myself through resistance and self-doubt, like I can arrive somewhere once I push through those barriers.

Tell us about the recording process behind “June”?

Out of all the songs on the record, I’d say June turned out the most different than what I had originally imagined. I wrote it as a long slow jam. When Kevin Ker and I were tracking, I asked for some changes in the drumbeat which led to him laying down this funky bass line. In turn, the bass line led to that scratchy guitar riff that carries the song, turning it into more of a bop. June was the most fun to record in terms of watching the evolution process. Now that the song is more upbeat, I find it’s a better reflection of where I’m at now on a personal level. It was written from a socially anxious perspective. The original version felt like that in how it sounded. Now the song feels light-hearted and carefree and I like that juxtaposition. Like, I can’t have what I want, but it’s all good, I just keep moving!

Recording the record! 2020 was a kooky year for mostly everybody. Recording the album was its saving grace. The process was really therapeutic for me and gave me a giant sense of accomplishment and purpose during a year where it was difficult to garner any sort of momentum, on a personal level and artistic level. It also gave me something to look forward to going into 2021 when things were still feeling uncertain.

I’d love to play more shows again, which is slowly becoming more possible, but also just to keep writing more music! I’m really excited about what I’ve been working on and my gaze is already set on another record.

Oh man, so many come to mind, but offhand I’d say when I’m playing with a band I’d love to open for Hop Along. As for solo acoustic stuff, I’d say Lights when she’s on an acoustic run for both collaborating and opening a show!