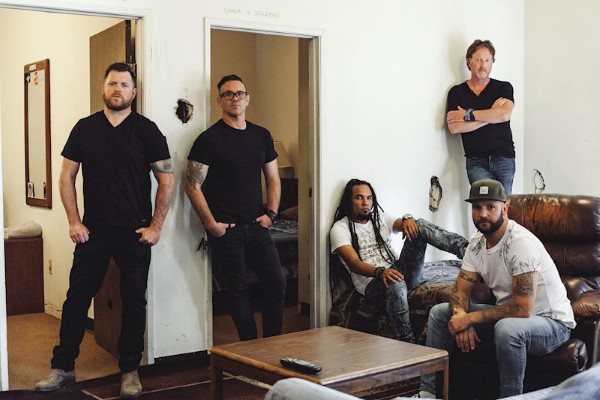 After 10 long years, Joshua’s Habit (aka The Habit) is back and they’re going to war. The pre-released single “War,” a fast-paced hard rock epic, has taken on a new meaning during the pandemic.

With curfews, restrictions, and other random global current events everyone is probably feeling that they are at “war against the world,” and with the single, The Habit has an anthem for them.

“It’s a song about waging war on the world and relying on yourself to prove all the naysayers wrong,” lead singer Travis Pankiw says. “A song about something to prove and going out and proving it.”

Beginning with a heavy guitar hook, “War,” has all the qualities of a modern hard rock odyssey. The bombastic drums pair nicely with the smooth bass and distorted guitars, and the mixing of the lyricism gives the song a fiery edge. There’s also a face-melting solo to top it all off.

Check out “War” below, and find out more about Joshua’s Habit via our Five Questions With segment.

We are a modern rock band out of western Canada that loves to give it all we got when in the studio and on stage. We are excited to be back at it and really looking forward to hitting the road and playing live rooms!!

The style that fits us best is to come up with the music 1st. Something that has flavour and energy with some nice melodic and hook-driven riffs. From there it’s like the music brings out the lyrics and writing. The latest material is all about life. The trials the tribulations. The good the bad and the really ugly. We like to keep the music high energy as we want to come into a live room and make a statement. That statement being… The Habit is back

Writing, recording, rinse and repeat! We have an album coming out in July entitled The Hard Road and we have a follow-up more than halfway complete due out early 2022.

Tough question. But I got to say The Glorious Sons. We played with them years back in a clüb in Saskatoon and I thought… Man, these guys could be the modern-day Tragically Hip if they keep going the way they are going. I still stand by that statement.

Set your Author Custom HTML Tab Content on your Profile page
Related ItemsInterviewJoshua's HabitPresstown PRWar
← Previous Story Get ready for “Homesick”, the latest single off an upcoming album: Andre Pettipas and the Giants
Next Story → Five Questions With Taylor McCluskey