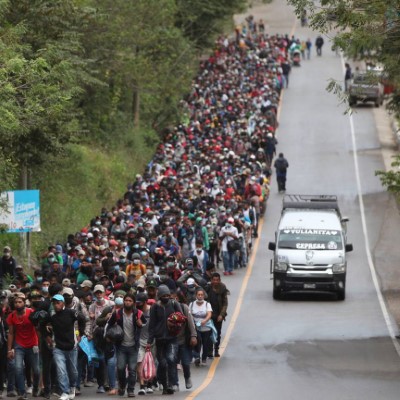 Toronto, ON-based singer-songwriter and activist Bill Heffernan has re-released his single, “Hide Out Refugee”, just in time for the 2021 World Refugee Day on June 20th.

The track is from his 2016 debut album of topical songs called The Horses Are Loose, and a new video accompanies the song this time around.

In 1982 Heffernan received a series of Salvadoran refugees into his apartment on Roncesvalles Avenue in Toronto. He was a member of the Teachers for Social Justice group and he had extra room, was single, and had the capacity to receive them. That changed the direction of his life, culminating in numerous trips to Nicaragua and El Salvador since 1986. In return, his phone was tapped, he was denied entry to El Salvador for a time, and was challenged to see the world from the point of view of someone on the run and to hear the stories and the cries of the oppressed. He also took a leave from his teaching job in ‘88-‘89, working in Refugee Services with the Jesuit Centre in Toronto, leaving his illustrious hockey scouting life with the Winnipeg Jets behind, and ultimately returning to teaching and counselling.

“It was at that time that I dusted off my old guitar and began trying to integrate my music, my storytelling, my poetry, and my love of live gatherings, to bring the community together,” says Heffernan. “’Hide Out Refugee’ was written in 1988 after a summer of study and travel in Peru, El Salvador, Nicaragua and Honduras. With this release, I hope that people will acknowledge World Refugee Day on June 20th, and find a way within their own hearts, and in their own communities, to make a difference.”

Check out the video below, and stay up to date with Bill via his socials.