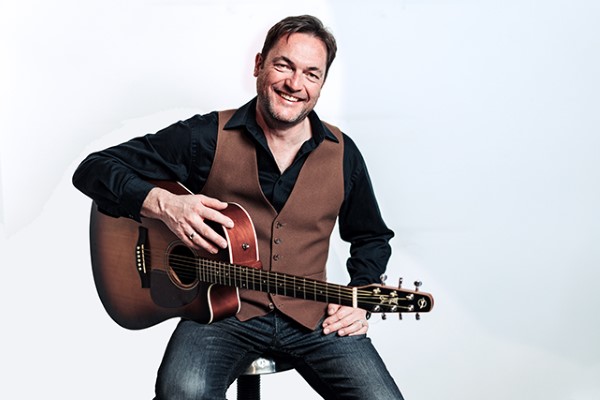 With poetic lyrics steeped in his British roots, Canadian artist Chris Ronald captures his signature blend of folk and rock reminiscent of 60s-era revivalists and 70s-era singer/songwriters in his fifth and latest album, Light & Dark.

Leaning towards a decidedly rootsy sound, Ronald’s powerful vocals and accomplished musicianship in guitar, harmonica, and ukulele serve up a delicious folk-Americana, roots-rock release that lands just where he and his long-time collaborator, award-winning producer and multi-instrumentalist John MacArthur Ellis, set their sonic sights a few years ago.

“After showcasing at Americanafest in Nashville in 2018 — and really soaking up the vibe of the Americana music scene down there — John and I knew which direction to take this next album,” Ronald recalls. “Where my most recent album, Fragments, was more on the folk-side of Americana, Light & Dark has more of a contemporary roots sound.”

The newest single, “Still Turning”  confronts human-caused problems in its environmental theme, but ends with resounding positivity with its nod to the young, green movement.

The song also highlights one of a few singing collaborations on the release; for “Still Turning” Ronald wanted increasingly more people singing the chorus to give the impression of a growing movement.

“To do so, and to add a youthful touch, I had my children, who were 12 and 14 at the time of recording, join in for the final rousing chorus,” he says.

Check out the lyric video for “Still Turning” below, and stay up to date with Chris via his socials.