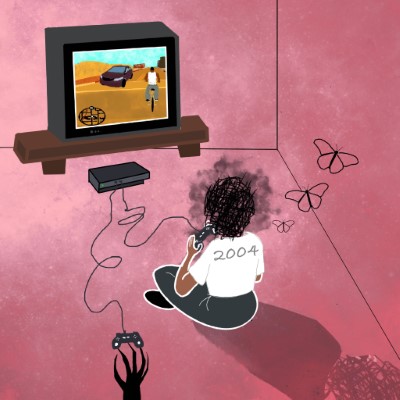 British Columba-based independent artist, Xray-Ash has released his debut EP, 2004. Despite the melancholic lyrics in nearly every song, the production and instrumentation sounds quite bright and upbeat. Dreamy funk guitar licks and simple, but catchy drum machine fills permeate throughout the album. It sounds feel-good, but many of the songs, lyrically, are referencing trauma. It’s that juxtaposition that makes 2004 highly enjoyable front-to-back.

The opening tracks, the previously released single “Venlafaxine,”(named after Ash’s anti-depressant) and “weighted,” set the tone for 2004, with their laidback feel.

It’s a cathartic release for Ashneel Rai, aka Xray-Ash. 2004 is a reference to Ash’s last year of innocence as well as the year his and his cousin’s favourite video game Grand Theft Auto: San Andreas came out.

Check out the EP below, and stay up to date with Xray-Ash via his socials.