Home / Promos / Derek Orsi releases new single, “The Day He Fell off the Face of the World”

Derek Orsi releases new single, “The Day He Fell off the Face of the World” 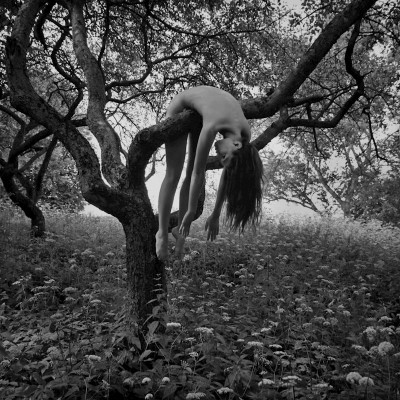 Montreal, QC-based artist, Derek Orsi has unveiled his latest single, “The Day He Fell off the Face of the World”.

“This is a song about escaping the material world and diving into the ethereal world. It’s about a person’s disinterest in the prison we live in on Earth and looking to move beyond its limited physical construct through love and awareness,” Orsi says.

As the man is surrounded by trees with “branches like mechanical arms,” the song picks up the pace and explodes into an adrenaline-fuelled chorus reminiscent of something found on an early Smashing Pumpkins record.

But Orsi’s orchestration—adding in a wah-wah guitar lead, dulcet vocal harmonies, and wails of anger gives the song a prolific edge.

“The Day He Fell Off The Face Of The World,” is a track that will make you nostalgic for the sounds of early grunge and a cosmic reinvention of modern alt-rock.

Orsi wrote the track during a period of his life when he was constantly alone, somewhat of an outsider. He’d wake up late in the afternoon and head to his studio to write, produce and record music deep into the night.

“When the sun peaked its head above the horizon, I’d jump on a bus and go home. Those were the best bus rides,” he says. “I’d be on my way home to catch some zzz’s while the rest of my commuting peers were heading off to work, getting ready to spend their day as monkeys on a carousel. I always felt like I was in on some kind of secret.”

The single is from Derek’s brand new full-length album, Fallen Angels, which is a concept album that feels like the soundtrack to a wicked short film.

Check out the single below, and stay up to date with Derek via his socials.