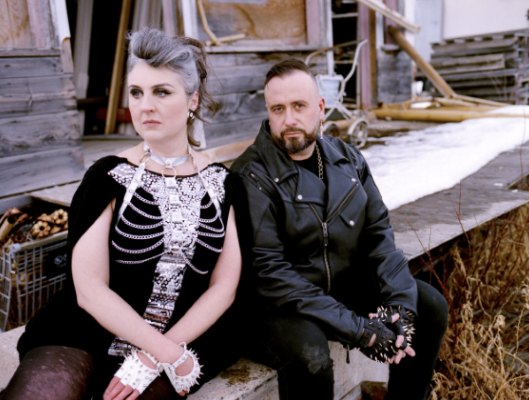 “Pet Ceremony” was “sparked by the saddening thought of their dog’s inevitable passing.” This showcases Ghost Twin “coming out of the shadows and into the sun by exploring new production elements from the French House genre.” This single can be found on Love Songs for End Times, an album which “explores the fragility of the natural world.”

Ghost Twin is known for “their audio/visual performance [that] creates a full sensory evocative narrative of shadowy haunted rooms occupied by astral phantasms and electronic voices from beyond the aether.” With such a unique description, why not take a minute to check them out?