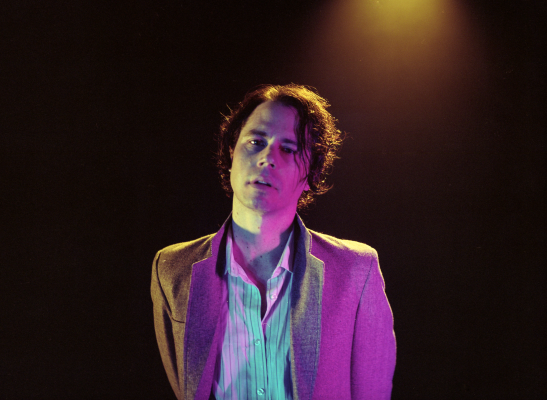 Singer-songwriter Tim Kile, co-founding member of Arcade Fire has released his debut solo album, These Things Are Being Gathered for the Fire on April 28, 2021, and the path that got him to this moment has been as typically long and winding as one would expect from an independent musician.

From his early days two decades ago as a co-founding member of the Canadian band, Arcade Fire, to leading New England’s late-aughts indie-rock hopefuls Wild Light, to the past several years honing his craft as a solo artist, Kile has witnessed his own creative spirit evolve alongside his own sense of self.

That proof is weaved throughout the 10 tracks on These Things Are Being Gathered for the Fire, a compelling record from an artist with a lot to say but not a lot of time to say it. The tracks are bold declarations of guitar-rock, where melodies dance in a sprawling fit of creativity around a seasoned perspective of life and what lies ahead.

Check out the album below, and find out more about Tim via our Five Questions With segment.

My name is Tim Kile, I’m a songwriter and performer. I was a co-founding member of Arcade Fire and Wild Light. I’m from the Boston area, currently based in Austin, Texas. Requisite tooting of my own horn – I have toured in support of bands such as The Killers, Arcade Fire, LCD Soundsystem, MGMT, The Wallflowers, and Doves. My work has been positively reviewed in Rolling Stone, Spin, Paste, Billboard, NPR, and many others. I was classically trained in voice and piano, and self-taught on guitar and bass. I play most of the instruments on my recordings.

My style is pretty eclectic, based mostly in classic indie. I was influenced by the greats, more than current stuff. I studied classics in college, and always wanted to employ a classicist’s approach – I wanted to understand the ‘canonical’ works; the greatest works, the enduring works, the Dylans, the Beatles, The Clash, The Smiths, the music that stands the test of time. Those works shaped my ambitions and my taste.

If anything, my creativity has increased. I’ve heard this from a lot of creative people. Despite the horror of the situation, it’s given a lot of people the space to reorganize and revitalize their creative routines and productivity. I’ve written a lot of new material and self-released a new LP. It’s been a productive year for me. Although my heart goes out to everyone who has suffered through this time.

Probably “Wasteland”. That’s the one that is most likely to grab a new listener. I also feel really close to “Buddy Holly/Seazons”, though I don’t know if that’s as likely to grab someone on the first listen. But it might be the best song overall.

Well, I was in Arcade Fire, so they have to be on the list! I love Alvvays. Leonard Cohen is one of my all-time artists, not just Canadians. Broken Social Scene. Sunset Rubdown. Destroyer. Wolf Parade. All of Dan Boeckner’s projects really loved Handsome Furs too. Those are a few. But I lived in Montreal, and have much love for Canada. If it weren’t so cold, I’d be getting real about ditching this hellhole of wealth-determined healthcare, etc., and go somewhere that’s a little more sane.