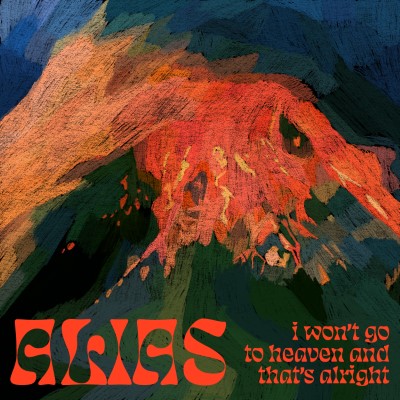 ALIAS released their latest single “I Won’t Go To Heaven, And That’s Alright”, along with an accompanying music video, on May 13, 2021.

Montreal-based ALIAS is the “multi-instrumentalist, composer, dilettante, polymath: Emmanuel Alias.” With an extensive background of various accomplishments and sounds, he “has traversed many paths en route to his current eponymous psych-rock project” that showcases his latest single.

ALIAS describes the “I Won’t Go To Heaven, And That’s Alright” as “a nostalgic look at rock’n’roll through a modern lens”, complete with a “gritty, fuzzy, [and] retro-tinged [sound] fueled by big and dirty guitar riffs and backed by warbling organ.” It’s a track that “edges along with anticipation, building to a crescendo as [vocals are released] into a roar, and it’s a real lesson in patience. Fuzzy, loud, distorted guitars and crashing cymbals provide the long-awaited sense of conclusion.”

The track and video tells the “sad story of a lonely wedding, a dramedy about a loner getting married with a bride. All the intentions were good and everything was set, until the main character realizes he’s alone.” ALIAS wanted to “focus on the mood, building the sense of the character pretending to be happy, but between the kitsch and fuzz, smiles and madness, he knows that he won’t go to heaven, but guess what… that’s alright.”

With the retro-inspired sound, this catchy tune is sure to be one you will not want to miss!