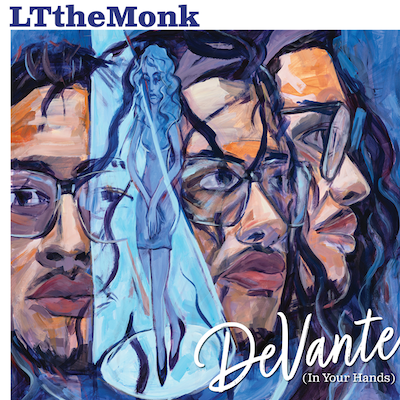 Earlier this week, LTtheMonk released the new single and video (directed by Adam Marshall) for “DeVante”  from his much anticipated forthcoming album On The Wall  – that references filmmaker Spike Lee’s Do The Right Thing and the late iconic singer Michael Jackson’s Off The Wall – available August 20th on indie powerhouse label Sonic Unyon Records (Hayden, Sloan).

LT explains the inspiration behind the new single:

“The inspiration for “DeVante” originally came through my love for the R&B group Jodeci, who were at their most popular in the 90s, and whose producer Devante Swing was the key architect of their sound. I wanted to make a love song that told a story reminiscent of their love songs, discussing sex and relationships and leading to the climax of becoming the best partner that you can be, for the person you want to be with. The story was inspired by meeting a young mother whose son was named DeVante, and me wondering if she was a Jodeci fan, just as if you met a young teenager named Rihanna you would wonder if their parents were fans of the pop singer. I intertwined her story with my journey of arriving in Canada from the UK in 2017, and wanting to be a good guy, yet sometimes getting sucked into the sleazy games of sex and relationships that often go on in your early 20s.”