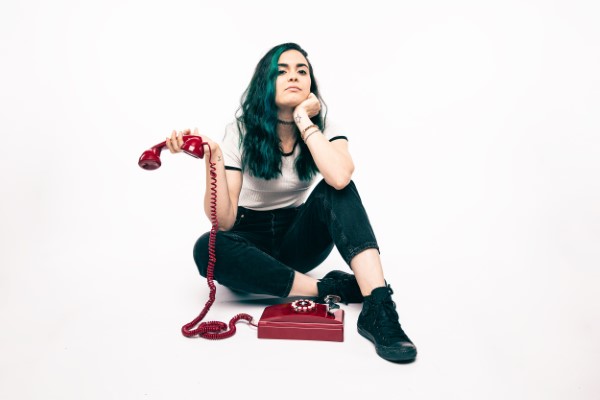 Toronto-based pop artist Christee Palace just released her single “#1 Girl” on all streaming platforms. The song is an infectious pop track about being in a relationship with a guy who says that you’re his number one but continues to treat you like you are second best. Written by Christee Palace and produced by Christee, Tal Vaisman, and Peter Palazzolo, the catchy new single is Palace’s way of showing the importance of self-love for young girls.

“Young girls need to know their worth– especially in high school. That age can be a confusing time because you are figuring out who you are and building your character. You can so easily be damaged,” says Palace. “ I wanted to create a self-love anthem for ALL girls who may need it. I want girls (especially in high school) to build their confidence early and give them the strength to put themselves first.”

Born and raised in Windsor, ON, Christee Palace took influence from her family of musicians including her father, multi-instrumentalist, singer, songwriter, producer, and teacher Pete Palazzolo. She gained Canada-wide success with her debut EP Alive Today and singles “Out Of Time” and “Light It Up” which both charted on Canada’s Most Active Indie Charts. She continued to release more hits such as “Harden My Heart” and “Love Me In The Dark” which both reached over 125,000 Spotify streams.

Currently residing in Toronto, Christee has continued to make a name for herself, accumulating over half a million career streams to date, winning the 2019 Jim Beam National Talent Search hosted by Canadian Music Week, and performing at The Indie Awards. She has also shared the stage with incredible artists including Sean Kingston and Walk Off The Earth.

What prompted you to write the song recently as opposed to years ago?

This song was inspired by what I went through a few years back. I remember when I was experiencing it that it reminded me of similar situations from when I was a young girl… and I knew I had to explore it. I was thinking about this situation with my younger self in mind and wanted it to be sort of like a “girl power” anthem..  especially for those younger girls who may be going through something similar. Had I  written this song a few years back, I’m not sure that I’d have the strength or perspective that I do now.

How would you have reacted had someone written a similar song when you were 15?

I remember music being such a huge part of my life and the one thing that helped me through hardships that I just couldn’t handle on my own. Had I had a song like this, I think it definitely would have helped to build that strength in me super young. Music has the ability to heal and change people.

In light of that, what is your hope for the song in terms of fan reception?

I just hope that this song helps to inspire young girls to be courageous and strong. I want them to know their worth and never doubt it for one second. When you’re that young, you are just discovering who you are, and the influence of people around you is so great. I hope it helps to build their strength.

More music is coming, and it is the best music I have ever written. This is the most ME I have ever been — and I have definitely explored more of my roots. The pop rock chick is here, and she is bolder than ever. 🙂