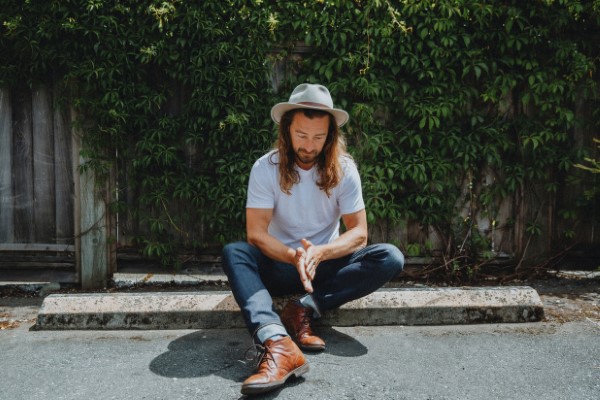 Jesse Roper continues to tease fans with new music from an upcoming album due later in 2021. Roper has dropped a serendipitous, Motown-infused new single, “Does Anybody Know.” Roper hit the studio earlier this year with JUNO nominated producer Gus Van Go (Arkells/Sam Roberts Band/The Stills) to create some great new tunes and is now releasing “Does Anybody Know” for fans to listen and enjoy.

“It was kind of funny how the song came about. I’d been listening to a lot of Leon Bridges at the time and it was just a matter of time before I wrote something in that fashion. The song is about a guy who’s been dumped and is confused and looking for his ex all around town. I was in a relationship when I wrote it, so it had no particular meaning to me. But months later, after I got home from a long tour, my girlfriend met me at her door and informed me that she no longer wanted to be in a relationship with me. I was shocked and hurt and suffering from all those feelings. The song now felt like foreshadowing to my own future, and I was almost embarrassed to sing it” Roper explains.

“Does Anybody Know” follows the March single “Horizons,” showcasing a new side to Roper’s musicality with a focus on his powerhouse of a voice. Roper is quick to give credit to working with Van Go, who pushed him to explore new musical directions.

“Recording with Gus helped take things to a whole new level. Everything was broken down to the finest details and nothing was allowed to sit at just ‘ok’. He really cared where the songs were headed and that they ended up just right. It was all about getting the vibe right” adds Roper. “It’s one of my favourites off the upcoming album. I’ve since played it to the girl who broke up with me. She loves it too. And now we’re actually back together. Maybe because she liked the song. I don’t know.”