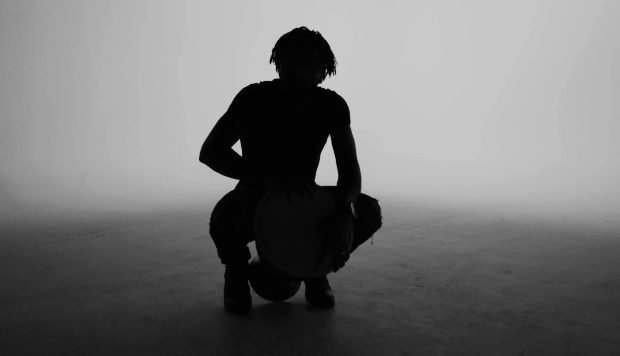 A.Y.E says of the single, that “BLACK” stands for Brave, Bold, Beautiful, Life-force, (of), Abundance, (and), Knowledge. The spark for the song was inspired around the death of George Flloyd and the protests that followed in 2020. A.Y.E. says he wanted to do something that would bring empowerment, inspiration, and a positive outlook to people of colour.

The video is filmed entirely in black and white and starts by showing solo figures in shadow. As the black figures dance against the white background, A.Y.E explains his belief that the best defense against black oppression is both visibility and pride. This is best embodied by his line “Let’s talk about how we’re going to break the system, we need the strength of black elegance, black leaders, black CEOs, black executives, the establishment of black excellence.” Throughout the track, A.Y.E. is joined by a female soloist with a rich and soulful voice who repeats “Black is beautiful” to reinforce the veracity of the phrase.

As the track progresses, the figures in the video start to multiply: to come out of the shadow to form a united front. The track, which at first only featured vocals and sparse drums, starts to be populated with the flute, saxophone, and guitar.

The song culminates with a beautiful piece of prose from a female poet. In this interlude, the poet stands among many black faces to call for a move to the future of a more positive outlook on black identity. After her statement, the music swells, a piano is added to the accompaniment, A.Y.E and the vocalist’s voices begin to overlap, and more figures join in to dance, both in and out of the shadow – a display of force and community – a beautiful expression of BLACK.

A.Y.E. was born in Calgary and raised in Vancouver, Montreal, and Calgary exposing him to eclectic musical influences.  At 16, A.Y.E. co-founded Hutson Fam Music Group with his brother and sister, and eventually set out on his own to pursue his own craft and set himself apart in the hip-hop/urban scene locally. Upon releasing his first EP “Goodbye” in 2012 he was quickly identified by national publications and bloggers as one of Western Canada’s young emerging talents.

A.Y.E. was Allan Slaight Juno Master Class 2017-2018 top 10 finalists, nominated for Rap Recording of the Year at the 2019 YYCMAs (Calgary Music Awards) and Musical Group of the Year at the 2016 Obsidian Awards with The Extraordinary Gentlemen. His recent album “Soul Food the Audiobiography Of…” was released the summer of 2019 and charted #1 on the National Hip Hop Charts via Ear-shot Campus Radio.

Listed by CBC Music as an “emerging act to watch” (2017).  Performing on some of the biggest Canadian stages opening for international headlining acts such as Rapsody, MURS, Pusha T, Raekwon, Cyhi The Prynce, Yasin Bey (Mos Def), Black Sheep, Camp Lo, and many more.