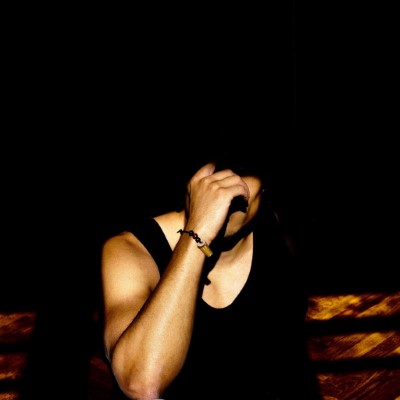 Canadian/ European-based artist, Milan André has released his single, “500 days”, which is the first being shared from his forthcoming album. The single reflects on the time that passes after the end of a meaningful relationship that continues to linger deep within your mind.

Check out “500 days” below, and find out more about Milan via our Five Questions With segment.

Hello hello, my name is Milan André – I’m an artist, musician, singer, songwriter and producer from Montreal, with an African American/Cuban father and Slovak mother. I’m currently based between Europe and Canada.

I find describing music to be difficult because it is quite a personal and visceral experience to each individual creator. Like many, my music is a dance between lived emotions and their parallel music counterparts. somewhat of a paradox, as parallel implies symmetry and counterpart implies some sort of difference, which is a perfect depiction of marrying emotion with music. I write on guitar and piano. I’m a huge experimenter with alternate tunings and partial capos, all within a fingerpicking realm. When inspiration arises, I rarely let it linger. I tend to write very often and quickly. as my emotions ambush me, I attack them with musical discernment.

The pandemic has been the most creative period of my life. Since March 2020 I have written around 75 songs, produced and co-wrote 2 songs and an album with 3 Czech/Slovak artists, released my own 3 song EP titled ‘love&light’, recorded and produced a 4 song EP with a friend to be released at the end of this year, and finally, recorded and co-produced my next album with my producer Kristofer Harris of the UK titled ‘500 days’, which will come out fall of this year. I’ve already released the first single off that album with the same title. To be honest, like many of us, the pandemic has been mentally and emotionally difficult for my own personal reasons. but as I responded to this question, I hadn’t actually realized how much I have done despite navigating through the most challenging period of my life.

If I were to suggest one song of mine for someone to listen to, it would be the most recent single ‘500 days’, as it is a doorway to the album, both sonically, emotionally and musically. it represents a very authentic creative and musical aesthetic for me as an artist.

Saya Gray is by far my favourite artist in general right now and she happens to be Japanese/Canadian, born and raised in Toronto.

I’ve been into Luca Fogale the past year, and I really love his tone.

I love Andy Shauf, specifically his album ‘the party’.

Haley Gene Penner and JP Saxe – love how simple and honest their storytelling is.

The Zolas are one of my favourite indie bands.