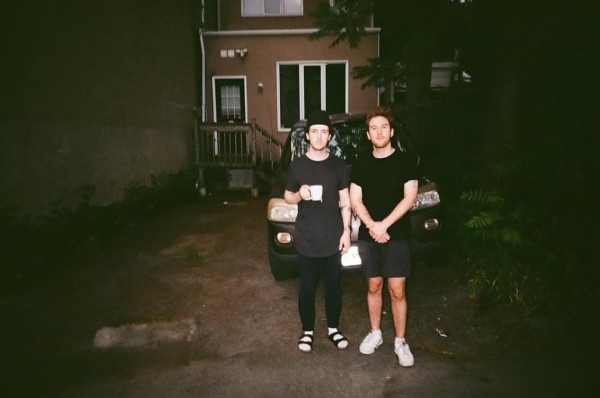 cleopatrick have released the haunting and heartfelt standout ballad “2008” and its accompanying animated music video created by Shuyler Nazareth. “2008” appears alongside cleopatrick’s previous singles “THE DRAKE” and “FAMILY VAN” which are off of the band’s highly anticipated debut album BUMMER, due out on June 4, 2021 via the band’s own label Nowhere Special Recordings.

Shining a spotlight on Luke Gruntz’s hypnotic and expressive vocals, “2008” provides the most honest moment on the band’s forthcoming release.

“It’s the most vulnerable cleopatrick song” shares Gruntz. “Consequently, it’s the song that means the most to me out of anything I’ve ever written.”

The animated video for “2008” captures and conveys the persistent lyrical energy of the album, a total bummer.

Best friends since the age of four, Luke Gruntz and Ian Fraser are cleopatrick. While they are from (and still based) in the tiny town of Cobourg, Ontario, their sound is anything but small. The core of their mission: to restore the outspoken provocation of rock & roll through raw, abrasive honesty. Along with two other like-minded artists (Zig Mentality and Ready The Prince) cleopatrick formed the loose DIY collective “New Rock Mafia”. Together the artist and fan collective provide location-based info, curated content and organize secret events/shows within the community, all for members only. It has been instrumental in helping the band get the word out while keeping a familial feel and a safe space for fans.

Since releasing their sophomore EP, the boys across five singles in 2018, cleopatrick have amassed over 75 million Spotify streams, and have even been featured on the front cover of Spotify’s massive “Rock This.”

Armed with new tunes and an album release, cleopatrick are in for a busy 2021. You can check out “2008” here. You can Pre-Order/Pre-Save BUMMER right here.