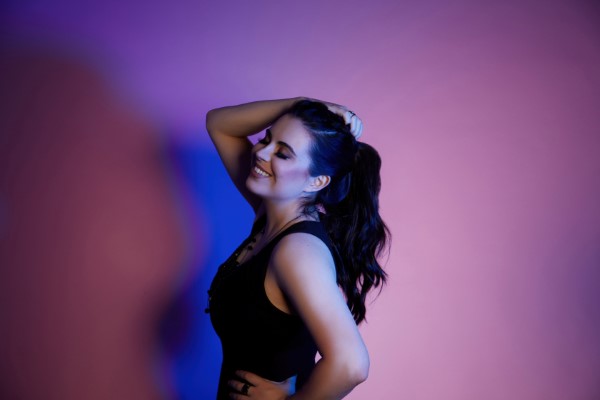 Alt-pop/R&B vocalist Emma Currie has released her debut EP, Welcome to the Wild. Written and produced during quarantine, the EP is a mesmerizing introduction to Currie’s eclectic sound, blending her love of pop music while channeling the emotion and vulnerability encapsulated by R&B.

The first single off the EP is already released “Klara” accompanied by a music video that explores the dichotomy of Currie’s feelings towards an unfaithful partner and his secret lover.

Growing up in Vancouver, she was born in a musical family with her great grandmother being a former trained opera singer. Curie began performing as a child at local showcases which eventually led to her fronting the vocals of her highschool’s R&B band and working with producers Adam Stanton and Jamie Kuse on a number of original songs.

Ever since, she has performed at several Canada Day 150 celebrations, Harmony Arts Festival, and the Vancouver Christmas Market. She has also been a featured anthem singer for Jr. hockey teams in the greater Vancouver area, the Vancouver Canadians Minor League Baseball Team, and for the SMART 2017 BA Conference at the Hyatt Regency Vancouver BC.

Get to know more about Emma Currie HERE.

What was it like recording your first ever EP during a pandemic?

I actually finished recording the EP just before everything shut down! However, I did do some recordings for other projects. The only difference for me was that the studio felt a little bit more empty because it was now only myself and the producer in the studio.

What made this year feel like the year you would be ready to release your first big project?

Originally I was going to release the EP last year close to summertime. But with the pandemic, it was difficult to plan a release because everyone was still figuring out how to even do life at that time. The timing didn’t feel right anymore. However, I still wanted to put out some music, so I released a cover of one of my favourite Elvis Presley songs called “If I Can Dream”, and I wrote a fun Christmas song called “All I Want This Holiday”. Once 2021 came around, my team and I knew that just before the summer was the perfect timing to release the EP. I’m so ready for everyone to finally hear it!

Did you hit any roadblocks in the process? How did you overcome them?

Of course with the pandemic, it slowed everything down. Postponing the EP was a difficult decision to make, but it was the right call! I overcame it by continuing to write more songs for future projects, like my Christmas song “All I Want This Holiday”. Now, I have so many songs to choose from for future projects.

What made you want to incorporate multiple genres into the music?

My voice fits in with pop, R&B, and soul music. Those 3 genres are the ones I have the most fun singing, writing, and performing. Some songs highlight one genre more than the others, but it’s who I am as an artist, and it’s how I’ve always written and sung my songs.

What can fans expect from the EP? Is it similar to your previous singles?

Absolutely! The music is very similar to my latest single, “Klara”! The EP storyline takes place in the first half of 2019, and it highlights different highs and lows of romantic relationships that I have personally been in, or that other people have been in. I also touch on the relationship between people and money/fame/power.