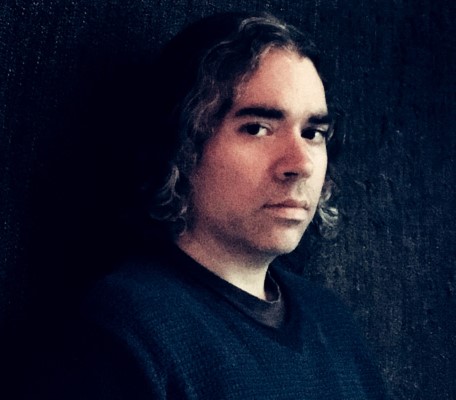 Vancouver, BC-based alt-rock musician, Dan Potter Sings has released a new single, “Not” from his upcoming album, Again?!, which is set for release on June 11, 2021.

The track follows the release of his previous single, “To the Beat of a Civil War”, which was unveiled earlier this month, along with a lyric video to accompany the release.

“This new song puts together some feelings I detect in the world today. Making music out of contemporary circumstances is the focus of my art and ‘Not’ was composed to pull at those subconscious thought strings. It was also written just to bash out some cool guitar riffs and sinister beats because at the end of the day that’s really all that matters isn’t it?”

Check out “Not” below, and find out more about Dan Potter Sings via our interview.

I am a multi-instrumentalist and vocalist who puts out instrumental and well as vocal-oriented music under several different artistic names. Dan Potter Sings got its start in 2013 with a debut album centered around the alternative rock genre. I have been putting out a few singles under this name since 2015’s LP release but otherwise ‘Again?!’ will be my first album in six years.

You will be releasing your album, ‘Again?!’ this summer, what can you tell us about the writing process behind the album?

I decided to let my artistic guard down a bit and write a bunch of song shells very quickly early last year. I literally wrote this entire album, as a raw idea in ten days. A song a day was my goal. Once I had these partially formed embryonic ideas I took the rest of the year 2020 to finish up the writing and recording. Late last year I finished the mixing. Stylistically I really wanted to take the Dan Potter Sings concept to a new level by incorporating sonic motifs that I haven’t used before. The presence of electronic drum kits for example is a thing I have resisted for a while. I also wanted to compose some lighter material in a ballad style as most of my output up until this point has been super-sonic distorted guitars and fast tempos. Those sounds are still very prominent but they are juxtaposed by many tracks that shift and change scenery quite dramatically from black metal to what I like to call girl-pop. Ultimately, my goal was to put out the ultimate genre-defying collection of songs I could and take listeners on a crazy ride.

Releasing an album during a worldwide pandemic must have its share of challenges, what can you tell us about the process?

Yeah, it’s pretty crazy out there. As I’ve said I started the writing just before the lockdowns and I planned on putting it out in late 2020. So I delayed it because I thought it would be more appropriate to have it appear once things begin to return to normal and the music world starts to pick up again. With no live shows going on I think the pulse of musical culture kind of slowed in everybody’s life. I want all that to re-engage itself and then people who have been languishing away will be a lot more fertile or hungry for new music.

You recently unveiled a lyric video for “To the Beat of a Civil War”, what made you choose this song to release from the album?

It is a quick blast of a song full of high energy. It appears a little later on in the album actually so it isn’t a centerpiece at all. I just wanted to start this cycle off with a pop-punk track with blazing guitar solos and kick the door open in an old-school rock way.

2020 was a hard year, what was the highlight of the year as you look back on it?

Surviving for sure. Luckily I haven’t had a cold for like a year and a half so masks definitely do something.

As you look forward, what are you hoping to accomplish in the rest of 2021?

To have even more new music on the ready. I have felt very inspired recently, just getting idea after idea so hopefully, that continues. My new album ‘Again?!’ is really a cap off of a year’s worth of work so a new year is beginning.

Support your hometown music makers. It makes a difference so follow and like, as it is that simple nowadays. The world of music is an eco-system and you have to treat it with care if you want to live a happy life. As an artist, I never disrespect other artists by blatantly ripping them off or using certain individualistic styles as ‘just another album cycle’ flavor. I do what I want, I do me. If I have nothing useful to say I just stay quiet until the next wave of inspiration arrives. So thanks for listening!