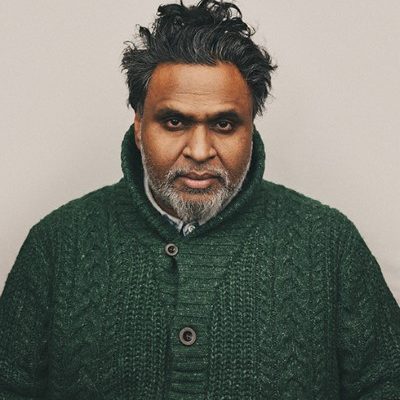 Multi-GRAMMY and JUNO Award-winning artist Chin Injeti has released his new single, “Golden” featuring Thieves Like Us, an ongoing creative collaboration between Injeti and Grammy-winning songwriter and producer, Brian West.

If there ever was a time when we could all use a soothing sonic shot of hope, it’s now during these days of pandemic-shadowed uncertainty. With “Golden,”the two are delivering a much-needed dose that will certainly travel from the ears directly to the heart with its message of self-forgiveness and redemption.

“To me, those two lines pretty much sum up what the song is about,” notes the Vancouver-based Injeti. “I’ve come to know so many people that are in deep depression, that have been abused when they were younger, that for some crazy ass reason carry a lot of blame with them.”

More than simply recognizing those who struggle with these heavy burdens, “Golden” is a modern hymn of hopefulness.

“This is a message to tell those people that there is a good place, a safe place, a place of peace, a place where they can start over again,” explains Injeti. “There’s no reason to carry this weight because the truth is we never get rid of our demons. We just need to learn to live above them.”

For Injeti, the worrisome weight and upheaval of the past year and a half also inspired a string of songwriting and producing creativity. With the onset of COVID-19, he found himself self-isolating in Toronto with his mother for three months and set up a remote home studio to stay immersed in his musical passions while staying safe.

Additionally, the past year and a half has seen the re-ignition of Injeti’s artist career with the release of six singles, some of which were partially born during his Toronto self-isolation.

Check out “Golden” below, and find stay up to date with Chin Injeti via his socials.